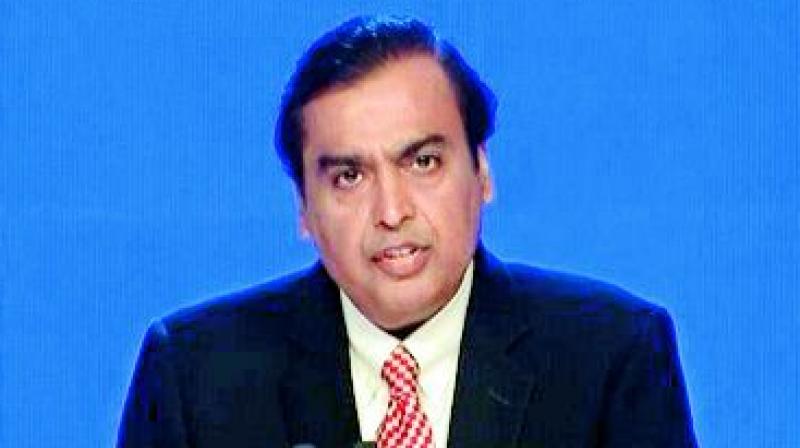 Chennai: Amidst reports of Amazon eyeing stake in Reliance Retail, the conglomerate has announ-ced plans to get global partners for its retail business and to list the entity in five years. The New Commerce, or Reliance’s omni-channel, proposes to partner with millions of small merchants and kirana shops.

Addressing shareholders at the 42nd AGM, Reliance Industries Chairman Mukesh Ambani said the retail arm would be one of the key growth engine of the group. “We have received strong interest from strategic and financial investors in our consumer businesses, Jio and Reliance Retail. We will induct leading global partners in these businesses in the next few quarters, and move towards listing of both these companies within the next five years,” he said.

Reliance Retail has crossed Rs 130,000-crore turnover and is four times larger than the second largest retail player. “Reliance Jio and Reliance Retail collectively contribute nearly 32 per cent to the consolidated Ebitda, up from 2 per cent five years ago. The day is not far when their share would be 50 per cent,” he said. Over the next five years, the aim is to be amongst the world's top 20 retailers.

Further, he finds the omni-channel model as a massive new business opportunity of $700 billion. It will completely transform the unorganised retail market, which accounts for 90 per cent of India's retail industry, comprising three crore merchants and kirana shop owners, he said.

“Reliance Retail plans to tap into a myriad of neighbourhood mom-and-pop stores. Such stores would carry out the last-mile delivery, which would help save on logistics costs,” said Edelweiss Securities.

“We are convinced that India’s retail sector offers an immense opportunity and that organised players have so far barely scratched the surface,” said Edelweiss.