I think we were the first to get off the block and actually take some decisive steps to reducing leverage, said Essar's Prashant Ruia. 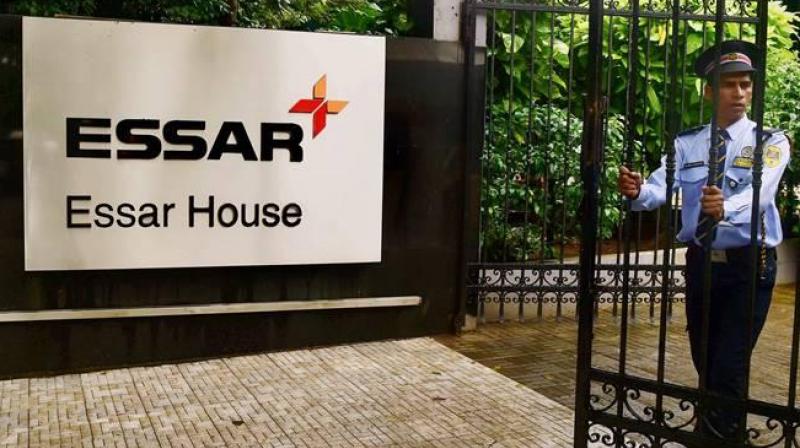 While the group deleveraged some of its assets, its flagship Essar Steel was dragged to bankruptcy proceedings by lenders over unpaid loans. (Photo: File | PTI)

New Delhi: Leading the India Inc in deleveraging through aggressive monetisation of assets, Essar Group paid off Rs 1.4 lakh crore debt and residual 10-15 per cent will be cleared in the next two quarters, said Essar Capital Director Prashant Ruia.

"In the last three years, I think we were the first to get off the block and actually take some decisive steps towards reducing leverage. It started with our exit from Essar Oil, which was sold to Rosneft and Trafigura (for a valuation of USD 12.9 billion).

"This was followed by the exit from Aegis, our BPO business. We did a few more exits and used the proceeds from this monetisation exercise to repay about Rs 1,40,000 crore of debt, which is the largest deleveraging by any Indian corporate," Ruia said in an internal chat put on the group's website, asserting that it was in good shape with the topline of portfolio business of over USD 13 billion or Rs 1,00,000 crore.

While the group deleveraged some of its assets, its flagship Essar Steel was dragged to bankruptcy proceedings by lenders over unpaid loans. Bullish on India's growth story particularly after a series of stimulus measures announced by Finance Minister Nirmala Sitaraman, he said the group will start the investment cycle after its deleveraging exercise is completed.

"We are obviously going to look at growth in new sectors, those will be the more unregulated sectors, which are much more akin to the new economy and which the market perceives differently or more valuable from some of the more traditional sectors," he said, adding the recent measures announced by the government were a 'huge positive' for corporate India.

The changes in the government policies in the last few years have addressed many of the regulatory uncertainties and this would ensure that new investments coming in would not face the same kind of consequences or the risks that some of the old investment had suffered, he said, and asserted that this coupled with domestic demand "still provides for a strong investment rationale to reinvest and to grow and to invest in the country".

After India's economic growth touched 10 per cent in 2010-11 with hopes that growth would sustain in the long term, Essar went about a very large expansion programme of about USD 24 billion across the capital intensive sectors of oil and gas, power, steel and ports, and completed the same in next few years despite the obstacles, Ruia said.

"What we did not, or could not, foresee was the risk of regulation and judicial intervention that would go on to literally cripple these sectors," he said without elaborating.

Concurrently, the Indian banking system, which had been affected by NPAs and losses, was becoming fairly conservative in lending. This is when the group took a bold call to monetise some of its investments, which were doing very well financially. The objective was to deleverage the group by repaying the banks and reducing debt, he said.

"And I think we did it at the right time because we would have struggled to do so much in the current environment. The premium value that each of our investments fetched is a testament of the quality of the assets we have built and the technology utilised. In fact, the way these projects were conceived was clearly right because they attracted the best value even during a difficult market," he said.

Despite deleveraging, the group still has a fairly substantial portfolio of assets and companies in the five sectors of energy, infrastructure, metals and mining, services and technology, and is confident of growing businesses that straddle these sectors, Ruia said, adding that even as it monetised, as a group Essar attracted FDI (foreign direct investment) of over USD 32 billion.

Detailing on future plans, he said that despite deleveraging "we still have a fairly substantial portfolio of assets and companies. So in all, we are currently in the four sectors which we have, we are currently doing turnover of about USD 12-13 billion and we certainly see significant potential value in these sectors".

The assets include oil refinery and retailing business in UK and coal-bed methane (CBM) assets in India.

"And then we are also in infrastructure. We are India's second largest port company. Our port capacity in India is currently if I am not wrong about 13 or 14 pe cent of China so there is a huge potential.

"India has got a vast coastline and a huge potential to provide port services, and we currently have about a 110 million tonnes of capacity but can grow many folds in this sector. So, if you look at this portfolio and all, we still think there's a lot of growth and lot of potential coming out of existing companies," he added.