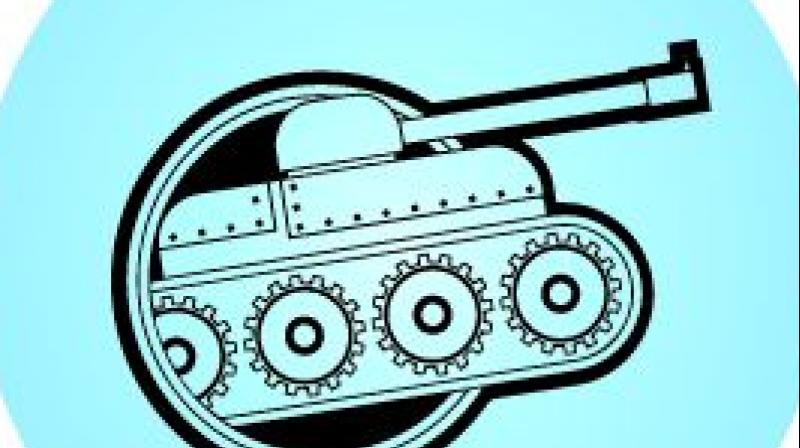 Hyderabad: Bharat Dynamics Ltd is expecting a total order book of Rs 25,000 crore in the next five years, its chairman and managing director Commodore Siddharth Mishra (retd) said on Tuesday. The defence public sector undertaking (PSU) is developing third generation missiles and also looking at fourth and fifth generation ones in collaboration with other Original Equipment Manufacturers (OEMs), he told reporters here.

Barring one export order, all others came from the Indian defence forces, he said.

"Our exports will also grow and we have got feelers," he said.

The company has secured four orders from a friendly nation and is looking at other countries for exporting weapons, Mishra said.

A few countries have evinced interest and on case-to-case basis approval would be obtained from the government and process of export would be initiated, he said.

BDL, which is celebrating its golden jubilee this year, has acquired land at Amravati in Maharashtra for manufacture of very short range missiles and the production unit - the company's fifth - once it starts getting orders.

The Hyderababad-headquartered company operates three manufacturing units - Hyderabad and in Bhanur (in Telangana) and one in Visakhapatnam in Andhra Pradesh.

In addition, BDL has created a facility for production and testing of surface-to-air missiles (SAMs) at Ibrahimpatnam here, which has a one-of-its-kind static test facility for testing all kinds of rocket motors.

BDL is also manufacturing the seeker (own guidancein the form of seeker) based multirole air defence missile, the MRSAM (Medium Range Surface to Air Missile) which is being jointly developed by DRDO and IAI, Israel, he said.

In the years to come, BDL would primarily focus on optimisation of existing production lines, maximising the geostrategic reach by increasing the export and indigenisation, co-development with design agencies for new projects, offset projects and upgradation through innovation of its products, Mishra said.

"We have created our own research and development unit and have come to certain level of development of our own missile (anti-Tank Missile) 'Amogha -3' which we are planning to fieldby next year," he said.

BDL is entering into new domains and is in the process of developing infrastructure for manufacture of seekers.

BDL is also under discussion with various OEMs to get new technologies. Mishra further said BDL is soon going to sign an MoU with T-HUB (an initiative by the Telangana government for startups) with an aim to utilise services of various startups in the area of the company's import substitutes and improvement of its products. BDL director (Finance) S Piramanayagam, said in 2018-19 the company posted a turnover of Rs 3069 crore.

"In 2018-19 there was a de-growth compared to previous year (2017-18) wherein we have made Rs 4,586 crore. It is because of some technological issues and order book has been completed at a fasterrate than incoming orders. And from this year, there will be growth in our turnover and that's what we are planning," Piramanayagam said.

The company has planned a capex of Rs 90 crore next year.