The 2019 Plan will be effective on and from the date of receipt of approval of the shareholders. 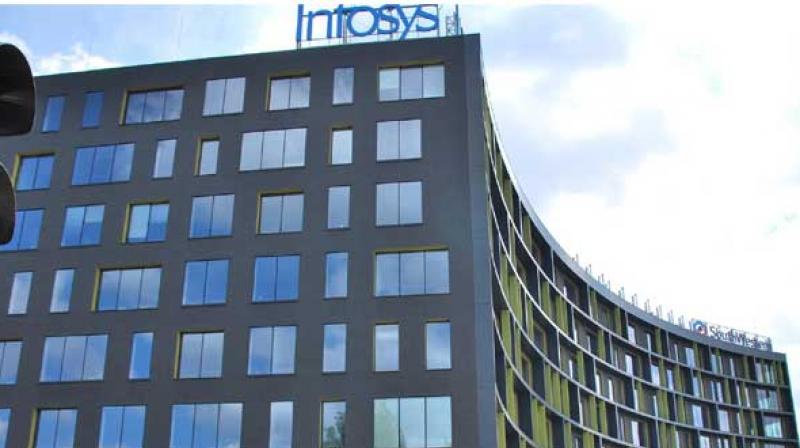 The company has also tweaked the vesting period of Parekh's annual performance equity grant from the current three years to one year.

New Delhi: India's second largest IT firm Infosys on Thursday said it proposes to grant stock incentives worth Rs 10 crore to CEO Salil Parekh, as part of an new programme that aims to incentivise employees for performance.

The company's board has approved an 'Expanded Stock Ownership Program 2019' that intends to allocate five crore shares to a broad base of employees.

The 2019 Plan will be effective on and from the date of receipt of approval of the shareholders, the company said in a regulatory filing.

The Benguluru-based company said it is proposed that CEO and Managing Director Salil Parekh be granted annual performance-based stock incentives in the form of restricted stock units (RSUs) worth Rs 10 crore under the 2019 Plan.

The company has also tweaked the vesting period of Parekh's annual performance equity grant from the current three years to one year.

Parekh, who had joined Infosys in January last year, has charted out a three-year transformation road map. In the first year, his focus was on stabilising the company, followed by building momentum in year two and accelerating growth in the third year (2020-21).

For COO U B Pravin Rao, Infosys has proposed grant of annual performance-based stock incentives in the form of RSUs worth Rs 4 crore that will vest 12 months from the date of each grant.

In a regulatory filing, Infosys termed the latest programme '2019 Plan' as being "distinct" from previous plan of 2015 where the granted shares largely vested based on time.

"...whereas under the 2019 Plan, the grants will vest strictly on performance. Accordingly, it is proposed to allocate a maximum limit of five crore shares (about 1.15 per cent of the equity share capital) of the company under the 2019 Plan," it said.

It added: "This unique plan, which sets out challenging performance criteria aligned to shareholder value creation, will deepen employee ownership of the company...Further, it will incentivise, retain and attract key talent through this performance-based stock incentive plan amongst an expanded employee base."

At the end of March 2019 quarter, Infosys had a total employee base of over 2.28 lakh people. Its attrition (annualised consolidated) in the said quarter was at 20.4 per cent compared to 19.5 per cent in the year-ago period.

In April, Infosys had said it will roll out an incentive scheme this year for employees equipped with digital skills and will aggressively re-deploy staff on projects offering opportunities to work on new technologies.

The '2019 Plan' "builds on the strong legacy of meritocracy that was established by the founders, and strengthens the company's efforts towards wealth creation for employees, enhanced shareholder returns and delight for customers", it says.

The grants allocated to employees over a period of seven years will vest based on challenging performance criteria of relative Total Shareholder Return (TSR) against an industry peer group; relative TSR against domestic and global indices; and operating lead performance metrics.

"Our employees are our biggest asset, and through this program we aim to recognise and reward individuals who are committed to driving value creation for all stakeholders... By making employees owners, they get an opportunity to be beneficiaries in the long term success of the company," Parekh said.