The current fund allocated when fully utilised would aid in completing about 1.6 lakh units. 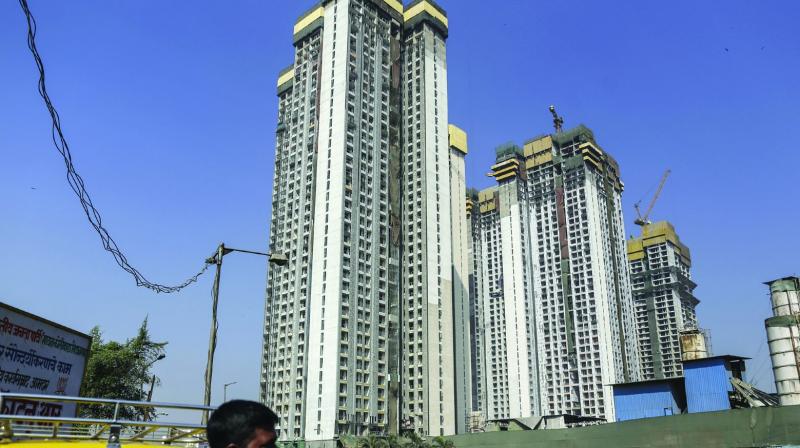 Anarock said a total of 4 lakh units in projects launched in 2013 or before are stuck or delayed across various segments, excluding NCLT projects.

New Delhi: The Rs 20,000 crore fund created by the government may help in completion of up to 2.5 lakh housing units across seven major cities, property consultant Anarock on Tuesday said.

Last week, Finance Minister Nirmala Sitharaman announced that the government will set up a special window to provide last-mile funding for housing projects which are non-NPAs and non-NCLT in the affordable and middle income category.

In the fund, Rs 10,000 crore will be contributed by the central government and roughly the same amount will come from outside investors. The government had said that this fund will help complete an estimated 3.5 lakh units across the country.

"After considering these caveats, nearly 2.5 lakh units...can avail relief from the government's aid in the top 7 cities alone. However, since data for projects under NPAs is not available, there could be a further dip in these numbers," Anarock Chairman Anuj Puri said in a statement.

The seven cities include four metros as well as Bengaluru, Hyderabad and Pune.

Puri hailed the move to create stressed asset fund but said there was a need to change the government's definition of ?affordable' housing.

"As it stands today, the government labels a metro-based home as affordable if it admeasures 60 sq mt or less in carpet area and is priced within Rs 45 lakh. This price tag is far too low in cities such as Delhi-NCR and Mumbai. Moreover, the price definition of mid-segment homes is also not clear," he added.

Anarock said a total of 4 lakh units in projects launched in 2013 or before are stuck or delayed across various segments, excluding NCLT projects. Of this, only those that fall under the affordable or mid categories - 2.5 lakh units - can legitimately avail of the government's new provisions.

"This can be further narrowed down when the nominated professionals from the real estate and banking fraternity select the projects to be given government aid. As of now, 2.5 lakh units can at least hope to be rescued under this provision. Only time will reveal the final numbers," he added.

Anarock said there are a total of 5.76 lakh units (launched in 2013 or before) across budget segments that are stuck in various stages of non-completion in the top seven cities alone. These also include units falling under NPAs or NCLT.

On Monday, real estate data and analytic firm PropEquity founder Samir Jasuja said Rs 90,000 crore fund would be required for a total of 7.4 lakh units that fall under stressed category.

The current fund allocated when fully utilised would aid in completing about 1.6 lakh units, he had said.