Patanjali Ayurved is mainly into FMCG business and its Ayurvedic medicines. 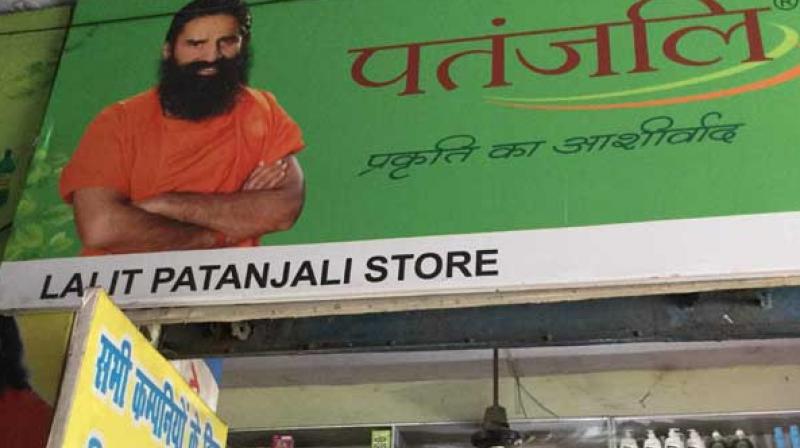 New Delhi: Baba Ramdev-led Patanjali Ayurved on Tuesday said it has achieved a revenue of Rs 3,562 crore in April-September 2019-20, the highest ever in the first half of any financial year.

The Haridwar-based firm has reported a revenue of Rs 1,793 crore in April-June and Rs 1,769 crore in July-September in the ongoing fiscal, a company official said.

"This is the figure of the Patanjali Ayurved and does not indicate of all business. We have done internal reconstruction and some of the product lines, which were earlier handled by the company have been assigned to different companies," he said.

The company had reported a revenue of Rs 937 crore and Rs 1,576 crore in June quarter and September quarter of 2018-19, respectively.

"The most remarkable and noticeable thing is that Patanjali Ayurved has made a comeback. It has achieved the highest ever H1 figure in its history," Patanjali spokesperson S K Tijarawala told PTI.

However, the company did not share the net profit figure.

"In 2018-19, Patanjali Ayurved had alone reported a revenue of Rs 8,329 crore," he said, adding that the group's turnover was much higher than this figure.

On the outlook for the second half of 2019-20, Tijarawala said: "It would be almost double of what we have in H1." During the last fiscal, he said the company achieved a revenue of Rs 2,388 crore in the third quarter and Rs 3,698 crore in the last quarter.

Patanjali has consolidated and strengthened the supply chain, he said, adding that the group has come out from the negative impact of GST and demonetisation.

"It took us some time to align with the GST system," he added.

Patanjali Ayurved is mainly into FMCG business and its Ayurvedic medicines.

The company's biscuit, noodles, dairy businesses as well as solar panel and apparel businesses are not part of Patanjali Ayurved.