SBI-led consortium of 26 lenders had decided to seek resolution under IBC as they had received only a conditional bid. 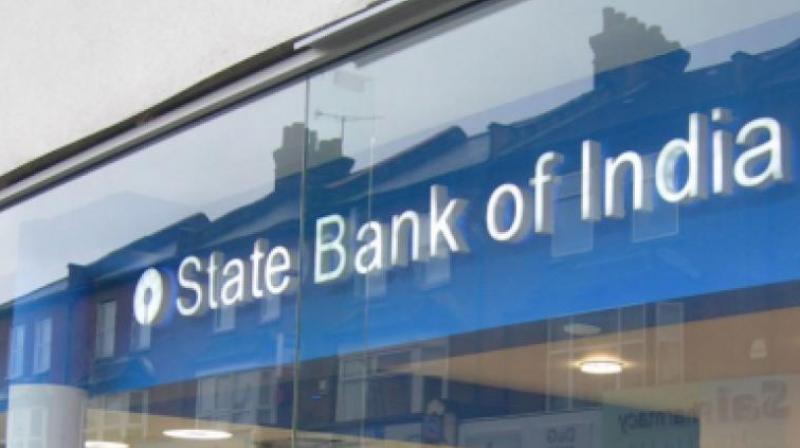 State Bank of India is only a lender to Jet Airways (India) Ltd and is not involved in or responsible for the management of the affairs of the said company, SBI told exchanges.

Mumbai: State-run SBI on Friday said Etihad Airways had sought waiver of open offer and assurance of flying slots for take over of Jet Airways, but the lenders to the debt-ridden carrier had no authority to accommodate the relaxations sought.

State Bank of India (SBI) chairman Rajnish Kumar had on Thursday defended the lenders' decision to take Jet Airways for bankruptcy saying "it was their last effort to find a resolution" for the grounded airline and also did not rule out the possibility of liquidation.

Earlier this week, SBI-led consortium of 26 lenders had decided to seek resolution under IBC as they had received only a conditional bid.

In a filing to stock exchanges Friday, SBI said financial position of Jet Airways (lndia) Limited (JAL) being weak, lenders were continuously trying for viable resolution for last one year on account of operational losses.

ln this regard, it added reputed consultants -- SBICAPS, McKinsey -- were roped in as process advisors/advisors. lt was also decided to initiate a bidding process to bring in new investors, SBI said.

As part of the bid process, Expression of lnterest (Eol) for investment in Jet Airways was sought from interested participants. Etihad, NIIF, TPG Capital and Indigo Partners had expressed their interest on April 10,2019. The bidding process closed on May 10, 2019.

Subsequent to the closure of the bidding, as no binding bids were received, discussions were held with Etihad (EY) and other prospective investors to find a way for infusion of funds, it said.

"EY had sought certain relaxations viz. waiver of open offer, assurance of flying slots etc. As the lenders did not have any authority to accommodate some of the relaxations sought by EY, it was not considered feasible to negotiate on the conditions laid by EY," the SBI told exchanges.

It further said that since a sustainable resolution plan could not be devised and two operational creditors have already approached NCLT, "the member banks agreed in-principle, to approach NCLT, pursuant to the statutory right available to them" under the Insolvency and Bankruptcy Code, 2016.

Accordingly, an application for Corporate Insolvency Resolution Process (CIRP) was filed with NCLT, Mumbai on June 17, it said.

"That bank is only a lender to Jet Airways (India) Ltd and is not involved in or responsible for the management of the affairs of the said company.

"It is the responsibility of Jet Airways (lndia) Ltd being the listed entity to disclose required information under Regulation 30 of SEBI (Listing Obligations and Disclosure Requirements) Regulations, 2015," SBI said.

The state-own bank also said that initiation of instant lnsolvency proceedings is just a step for Resolution/Recovery under the statutory right available to the Lenders.

Jet Airways, which was grounded on April 17, owes more than Rs 8,500 crore to a consortium of banks led by State Bank o, which now run the airline, while it has a much larger debt pile by way of accumulated losses to the tune of Rs 13,000 crore and vendor dues of over Rs 10,000 crore and salary dues of over Rs 3,000 crore.