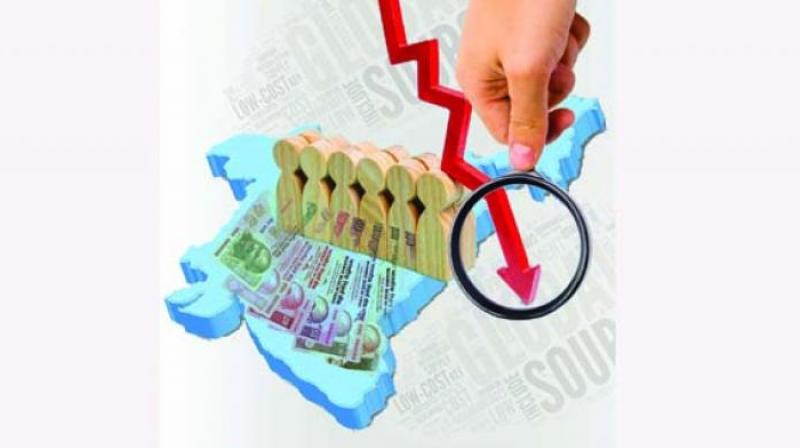 The Dun & Bradstreet Composite CFO Optimism Index remained unchanged, increased only by 0.6 per cent, on a year-on-year (YoY) basis, to 106.0 during Q3 (July-September) 2019.

Besides, only 37 per cent of CFOs in the services sector have indicated global macroeconomic scenario to be favourable in Q3 (July-September) 2019 ? lowest in 12 quarters.

The survey further noted that 15 per cent of CFOs expect an increase in availability of funds in the market - lowest since April-June quarter of 2012. Moreover, just 35 per cent of CFOs have indicated overall scenario for mergers and acquisitions to be favourable during Q3 2019 ? lowest in 22 quarters.

"Looking ahead, we expect that the revival of growth momentum will take time and sentiments will remain subdued," he added.

India's economic growth slowed to 6.8 per cent in 2018-19 - the slowest pace since 2014-15. There are ominous signs showing that slowdown may be deep as consumer confidence is waning, foreign direct investment has plateaued. Moreover, international trade and currency war is further aggravating the problem.

Dun & Bradstreet conducted a pan Indian survey of 400 CFOs, in which they were asked about their confidence in the overall financial and macro-economic conditions for Q3 2019 (July-September 2019) as compared to the same quarter of the previous year.