Analysts had predicted that Jio would start raising its tariffs as soon as it reached a critical mass of subscribers. 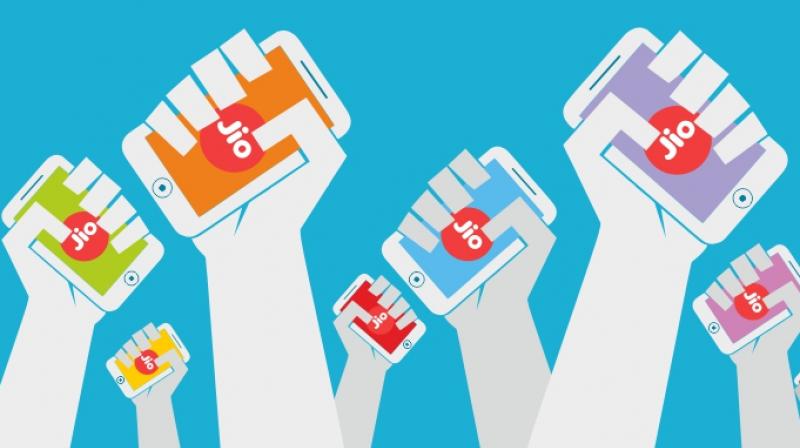 Jio has sold its tower assets via an investment trust to Canada’s Brookfield Asset Management for 250 billion rupees. (image: yourstory.com)

Its strategy is aimed at prolonging the pressure on rivals such as Bharti Airtel and Vodafone Idea, whose revenue and profits have plunged since the launch of Jio by Reliance boss Mukesh Ambani, India’s richest man.

“We have been telling you from the beginning, the priority for us today is customers,” Jio’s head of strategy, Anshuman Thakur, said in a news briefing late on Friday after quarterly results.

Since its launch in September 2016 Jio has added 331.3 million subscribers by offering cut-price data plans and free voice calls, along with free music, movies and more. Its arrival has caused upheaval in India’s mobile telephony market, forcing some small players out of business while bigger Vodafone and Idea have responded by merging in India.

Competition from Jio has sent the average revenue per user (ARPU) tumbling. Jio’s results for the three months to June 30 showed its ARPU - a key metric for telecoms companies - was at 122 rupees ($1.77), down 9.3% from a year ago.

“We are not in this ARPU game,” Thakur said, adding that the management’s priority is to ensure that more subscribers latch on to its network and use its services, thereby creating greater “long-term value.”

Analysts had predicted that Jio would start raising its tariffs as soon as it reached a critical mass of subscribers.

Thakur, however, suggested that Jio is in no mood to relent, noting that it added 24.5 million subscribers in the quarter and that its subscribers consume an average of 11.4 gigabytes of data each month.

“We’re quite happy with these key performance indicators,” he said.

Reliance also announced on Friday that Jio has sold its tower assets via an investment trust to Canada’s Brookfield Asset Management for 250 billion rupees.