These tax cuts will have tremendous positive effect. We will soon see a turnaround, said Godrej Group Chairman Adi Godrej. 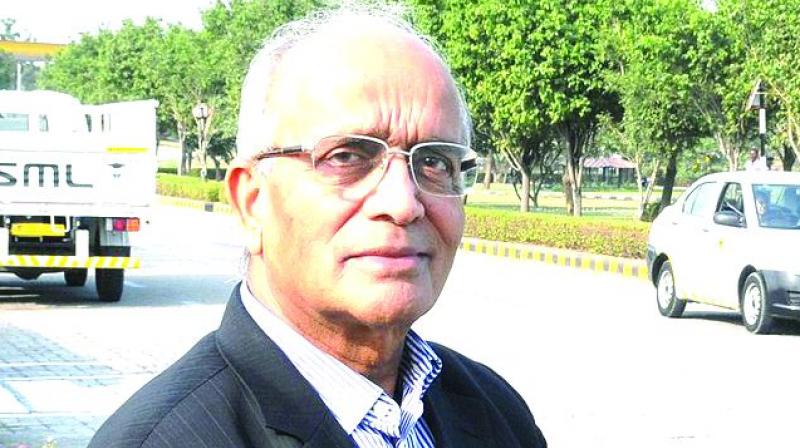 Manufacturing is barely limping at around 5 per cent and we need to lift it to 15 per cent, said chairman of Maruti Suzuki RC Bhargava. (Photo: File)

Mumbai: Industry leaders from diverse sectors such as manufacturing and services expect the reduction in corporate tax rates to create a positive impact on the economy, leading to a speedier turnaround.

Last Friday, the government announced a massive 10-12 percentage points reduction in taxes for corporates, bringing down the effective corporate tax to 25.17 per cent inclusive of all cess and surcharges for domestic companies. The new tax rate will be applicable from April 1, involving a revenue loss of Rs 1.45 lakh crore this fiscal.

Welcoming the step, Godrej Group Chairman Adi Godrej said, "This great announcement will totally change the economic progress. I would say the only other announcement which is of greater importance was in July 1991. These tax cuts will have tremendous positive effect. We will soon see a turnaround."

Addressing the India Today Conclave here over the weekend, he said there is now a need to focus on improving demand.

RC Bhargava, chairman of Maruti Suzuki, said manufacturing's growth rate or share in GDP is nowhere near the required level. Manufacturing is barely limping at around 5 per cent and we need to lift it to 15 per cent, he said, adding that the tax cuts will be a big step in that direction.

The need is now to address the demand side issues, Bhargava also opined.

Niranjan Hiranandani of realty major Hiranandani Group said the tax cuts address only the supply-side economics but we also need "to address the demand side."

Piramal Group's Ajay Piramal said the tax cut sends out a clear message that the government is listening to the issues. It is a brave step but more needs to be done to spur demand, he added.

The onus is on these companies now as the government has done its bit, Kant said, adding that it is time for all the Marutis, Mahindras and Godrejs to act by cutting their prices and offering more sops to consumers.

However, Godrej added that the tax cuts will not lead to an equal reduction in prices.

"There could be more incentives that could be given to the consumers but this won't lead to a major slashing of retail prices of products," Godrej said.

The corporate leaders also took on the taxmen for their frequent raids/searches.

While Godrej said it is wrong for the tax department to set a target for collection, Piramal vented his ire on the frequent searches and raids conducted by the department.

"With so much of data available, do you really need to go to somebody's house and search them and humiliate them," Piramal asked.