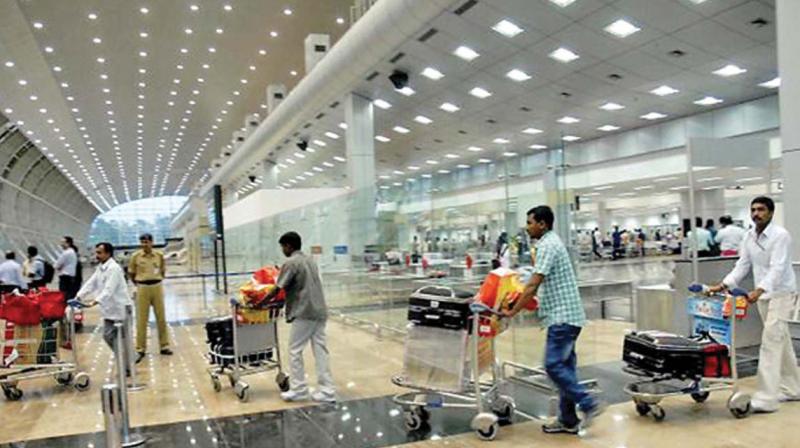 New Delhi: The number of passengers flying domestic airlines dropped by 4.5 per cent to 109.95 lakh in April as compared to 115.13 lakh in the same month of the previous year, according to data released by the Directorate General of Civil Aviation (DGCA).

Of these, 404.23 lakh passengers were flown by private carriers while the government-owned Air India flew 60.25 lakh travellers.

SpiceJet had the highest passenger load factor in April at 93.7 per cent followed by GoAir at 90.8 per cent and IndiGo at 87.8 per cent. Air India's PLF was 81.2 per cent, according to DGCA figures.

IndiGo had a market share of 45.6 per cent from January to April while SpiceJet had 13.4 per cent, GoAir at 9.6 per cent and Air India at 13 per cent.