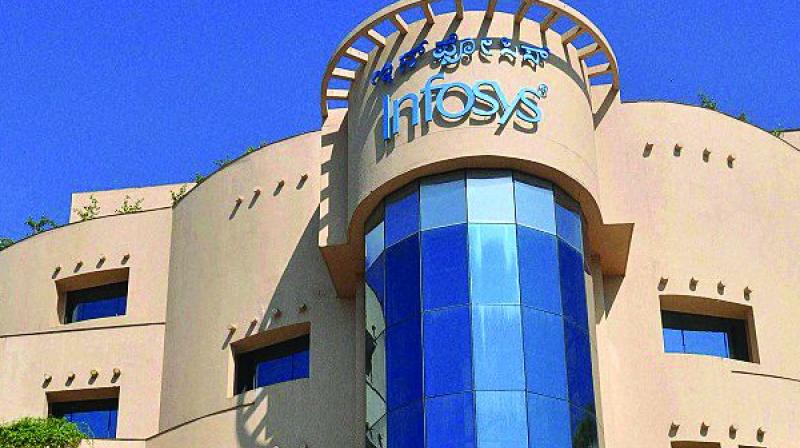 Shares of Infosys on Tuesday plummeted nearly 17 per cent marking their worst intraday fall in over six years.

New Delhi: Shares of Infosys on Wednesday bounced back, rising over 1 per cent, after a massive selloff in the previous session on concerns over a whistleblower complaint against the company's top executives.

A complaint by a group that calls itself "ethical employees" of Infosys has alleged CEO Salil Parekh and CFO Nilanjan Roy were indulging in "unethical practices" to boost short-term revenue and profits.

The IT services giant on Tuesday said it is investigating the anonymous whistleblowers' claims.