This is not counting the tonnes of cashews the airline buys to include in its regional and international dishes, Emirates spokesperson added. 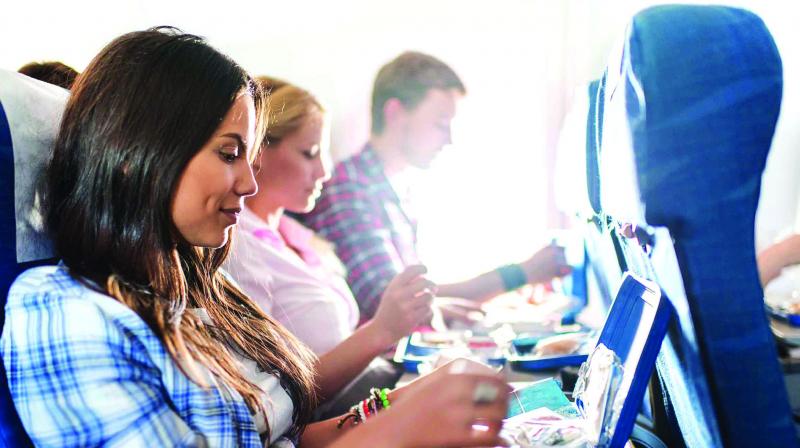 Little wonder therefore that Emirates is using this popular buttery nut extensively in its international and regionally inspired cuisine, gracing its sumptuous dishes, beginning on November 23, the World Cashew Day.

Kolkata: From butter chicken, khaju badam diya macher and pongal to shahi paneer, murgh korma and many more—it’s cashew all the way- in different avatars-whole, sliced and paste, if you are travelling to any destination from India on an Emirates flight. The connect is simple. Every year, India exports over 80,000 tonne of cashew kernels, valued at more than $900 million. Nearly 22 per cent of this revenue comes from cashew exports to the UAE, where Emirates is based. In 2017-18, UAE imported 21 per cent of India’s total cashew exports and became the largest importer of the nut.

Little wonder therefore that Emirates is using this popular buttery nut extensively in its international and regionally inspired cuisine, gracing its sumptuous dishes, beginning on November 23, the World Cashew Day. The airline has been specially preparing masala cashews, Indian style, sourced from Tamil Nadu to get the perfect snack that is neither greasy nor sticky for its First and Business Class passengers. The largest international airlines is leaving no stone unturned to make Indian cashews reach beyond the country’s shores to over 150 destinations across 85 countries and territories. At present, Emirates serves nine Indian cities: Ahmedabad, Bangalore, Chennai, Delhi, Hyderabad, Kochi, Kolkata, Mumbai, and Thiruvanan-thapuram, with 170 weekly services. From Dubai, Emirates connects customers to 159 global destinations in 85 countries and territories, spanning six continents

“It is actually a story about the meticulous efforts of an airline to cater to the preferences and needs of its passengers with a rare gastronomic delight. It goes well with our brand philosophy,” said Emirates officials.

Significantly, every year, Emirates serves around 33 tonne of masala cashews around its global network, and 125 tonne mixed nuts of which cashew is a key ingredient, besides almonds, pistachios and macadamia. This is not counting the tonnes of cashews the airline buys to include in its regional and international dishes, Emirates spokesperson added.

While cashews cross the seven seas mainly by ocean freight, Emirates Sky-Cargo, the cargo division of the airline, steps in quickly to transport urgent shipments. This year for example, SkyCargo transported more than 50,000 kg of cashews from Kochi to Los Angeles during the months April to October. Indian cashews on Emirates’ global services of 159 destinations has piqued interest, created awareness and more opportunities for Indian farmers and industry. The airline recognises its significant role in connecting communities and fostering trade.