As Satish and other Harohalli shopkeepers have found chocolate sales in India are taking off, helped by growth in disposable incomes. 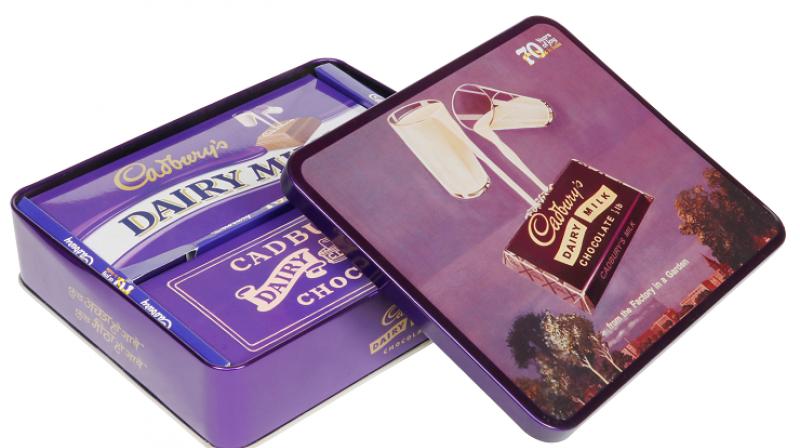 Illinois-based Mondelez, India’s No.1 chocolate maker, said “the big bulk” of a USD 150 million increase in global investment this year - the first hike in five years - will be in rural India.

Bengaluru: Two years ago, Satish P, a bakery owner in the small village of Harohalli near Bengaluru, had his doubts about stocking Mondelez’s Cadbury Silk bars.

Priced between 70 and 170 rupees, they seemed out of reach for customers used to paying only 5 rupees for the tiny chocolates he has sold for years. But he took a chance and now rings up to 3,500 rupees (USD 50) in Silk bar sales a month.

As Satish and other Harohalli shopkeepers have found chocolate sales in India are taking off, helped by growth in disposable incomes that extends to the country’s 650,000 poorer villages where more than two-thirds of the population reside.

Illinois-based Mondelez, India’s No.1 chocolate maker, told Reuters “the big bulk” of a USD 150 million increase in global investment this year - the first hike in five years - will be in rural India.

The company, which first started providing Indian store owners with free display coolers in early 2000s, ramped up their distribution to rural areas over the last year. It now plans to be in about 75,000-100,000 villages in the next three years, up from 50,000 in 2018.

To that end, it is also expanding its fleet of refrigerated trucks and building a database that maps India’s small neighborhood stores and monitors sales of its products at those shops.

“There’s a misconception that rural consumers are poor. Not all of them are. There are rich farmers, who are coming into the consuming class,” Deepak Iyer, Mondelez’s managing director for India told Reuters.

Iyer said Mondelez was targeting villages with as few as 3,000 people. “There are families aspiring for premium products because they see them through mobile connectivity today.”

Mondelez CEO Dirk Van de Put said competitors will find it hard to match the firm’s scale in the country.

Cadbury’s vast, decades-old distribution network in India was a key attraction for Kraft Food in its USD 19.6 billion takeover of the brand in 2010. Kraft later split into two firms with its global snacks business renamed Mondelez.

“It’s not going to be easy (for rivals) to carve out space, to be really be noticed in the store,” he said an interview, adding that Mondelez has consistently grown market share in India for several years.

Mondelez says it now commands 66 per cent of the Indian chocolate market. Cadbury, a 195-year old British confectionery brand, entered India in 1948 and its Dairy Milk, Silk and 5Star products have since made it a household name. The Dairy Milk brand alone accounts for 40 per cent of the market.

Nestle is ranked No.2, followed by Ferrero and Hershey, according to Euromonitor. The companies have not disclosed market share estimates.

At USD 1.9 billion in annual sales, India has plenty of room to grow. China, also a developing economy with a similar population size, is a USD 3.2 billion market but both pale in comparison to the US market of USD 19.2 billion, Euromonitor data shows.

Last year, chocolate sales in India jumped 15.4 per cent after the government, keen to win re-election, overhauled its national sales tax for many items. The cut in tax to 18 per cent from 28 per cent reduced chocolate retail prices and companies nearly tripled the amount they spent on promotions, according to market research firm Nielsen.

Mondelez says its Cadbury brand, which has worked for decades with WPP’s Ogilvy India on Bollywood star-studded TV ads, is spending more on marketing. And to tap online demand, the company has created a Cadbury-only store on Amazon.com that personalizes gift boxes for India’s year-round festivals.

It is also introducing new products. Last month, it launched a low-sugar Dairy Milk bar, addressing a growing market for healthier products in India where 9 per cent of adults have diabetes.

Hershey is doing its best to catch up.

It entered India’s chocolate market in 2016 with its lesser known Brookside brand and announced plans the next year to spend USD 50 million in five years.

Rapid growth has come with the introduction of its 112-year-old Kisses brand last autumn, helping it replace Mars as India’s No. 4 chocolate company, although its products are only available in 14 cities and major online stores like Amazon.com, BigBasket.com and Flipkart.com.

“We’re at an early stage...we will extend this by going national and subsequently we’ll look at going down from urban to rural,” Herjit Bhalla, Hershey India’s managing director, told Reuters.

The unit had spent more than expected over the past year, funding celebrity ad campaigns and technology including hand-held devices that analyze store preferences, Bhalla said.

India’s e-commerce market is a priority, he added, with online orders accounting for over 4 per cent of sales, higher than the 1 per cent seen for India’s overall consumer goods market.