WiFi locations include public spaces like bus stops, hospitals and government offices among others. 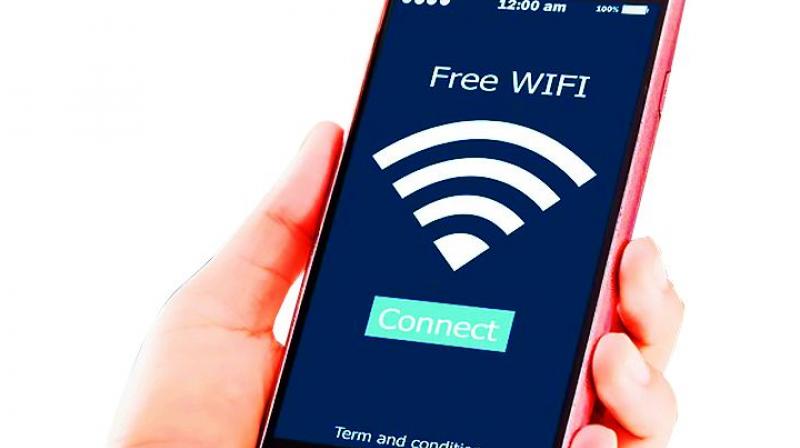 The project is being rolled out in partnership with D-VoiS - an Internet service provider in Bengaluru.

Kochi: US networking giant Cisco on Monday said it is collaborating with Google for its 'gStation' offering that provides access to free and high-speed WiFi at public locations across the country.

Under the partnership, Cisco is providing the network infrastructure and a pilot has been rolled out in Bengaluru. About 25 locations in the city are already live and another 200 locations will go live in the next 2-3 months. These locations include public spaces like bus stops, hospitals and government offices among others. Post that, it will be extended to 300 more locations in Bengaluru, and more cities in the country as well.

"This is a global partnership and India is the first country, where we are rolling this out," Cisco President (India and SAARC) Sameer Garde said at the Cisco India Summit 2019.

The project is being rolled out in partnership with D-VoiS - an Internet service provider in Bengaluru. The next locations being looked at include outskirts of Delhi, and cities in Uttar Pradesh and Maharashtra.

"The success of digitisation and digital citizen services is closely tied to the proliferation of high-speed internet. The partnership represents a significant growth opportunity as the demand for public Wi-Fi hotspots is expected to go up by 100X over the next three years," he said.

In February this year, Google and Cisco had announced their global alliance.

According to a Trai (Telecom Regulatory Authority of India) report, an estimated 8 million additional hotspots need to be installed to create new market opportunities for infrastructure providers and internet service providers. Currently, India has only 52,000 WiFi hotspots.

"Solving for access is one of the core pillars of our 'Next Billion Users' strategy, and with gStation we have developed a best in class public WiFi solution that provides a seamless, high-quality broadband experience to users," said Sajith Sivanandan, MD and Business Head, Google Pay and Next Billion User Initiatives, India.

The proliferation of public WiFi in India can provide a significant boost to the government's digital ambitions of ubiquitous connectivity and digital inclusion, and serve as a complementary network for telcom companies.

According to the Cisco VNI report, nearly 59 per cent of internet traffic is expected to be offloaded from cellular networks to WiFi by 2022, wherein lies the tremendous opportunity for ubiquitous dispersion of WiFi.

Apart from India, Google has taken the model to other countries like Indonesia, Nigeria, Thailand and Mexico as well.