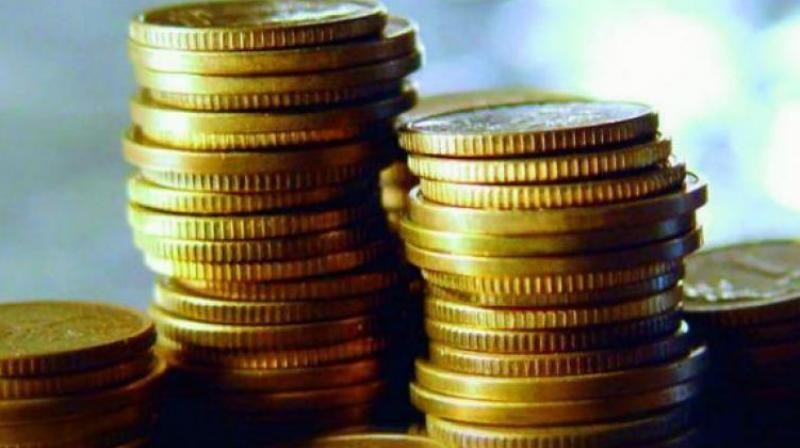 New Delhi: The country's fiscal deficit hit 102.4 per cent of 2019-20 Budget Estimate at Rs 7.2 lakh crore at the end of October, government data showed on Friday.

The fiscal deficit or the gap between expenditure and revenue was at Rs 7,20,445 crore as on October 31, 2019, according to the data released by the Controller General of Accounts (CGA).

The government has estimated the fiscal deficit for the current financial year at Rs 7.03 lakh crore, aiming to restrict the deficit at 3.3 per cent of the gross domestic product (GDP).

In September, the government decided to lower tax rate for corporates and has pegged that it will have an impact of Rs 1.45 lakh crore on its revenue mobilisation.

Tax sops were intended to boost investment cycle in the face of slowing GDP growth, which had dipped to six-year low of 5 per cent in the first quarter ended June of this fiscal.

However, GDP slipped further to over six-year low of 4.5 per cent in the second quarter ended September, as per the government data released on Friday.

Further, the CGA data showed that government's revenue receipts during the April-October period of 2019-20 period rose to 46.2 per cent of the BE as compared to 45.7 per cent in the corresponding period last year.

Capital expenditure stood at 59.5 per cent of the BE during April-October period as compared to 59 per cent in the year-ago period, the CGA data showed.

Total expenditure during April-October stood at Rs 16.54 lakh crore, or 59.4 per cent of the BE.

Its data gets impacted by temporal mismatch between flow of non-debt receipts and expenditure up to that month on account of various transitional factors both on receipt and expenditure side, which may get substantially offset by the end of the financial year.