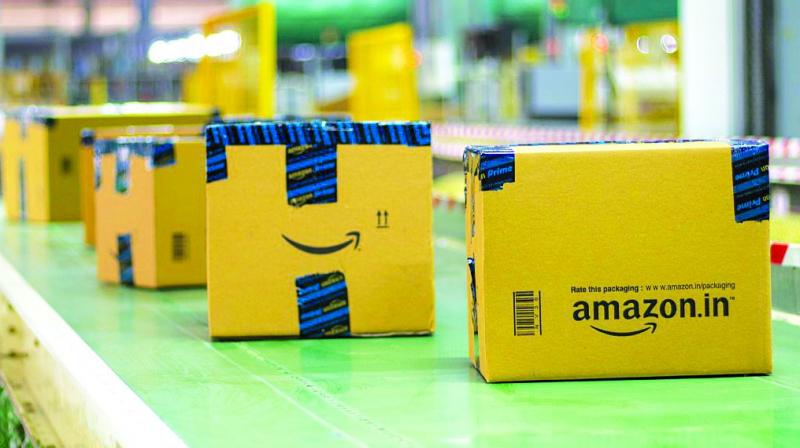 Both, the “Big Billion Days” sale and Amazon’s “Great Indian Festival”, will finish on Oct 4, according to their websites.

Bengaluru: Walmart Inc-owned Flipkart and rival Amazon Inc said on Monday they made record sales in the opening day of their annual festive season sales in India that kicked off over the weekend.

Flipkart and Amazon began their flagship annual sales on Saturday, with both vying for customers during the October-December festive season when Indians make most of their big-ticket purchases.

This comes as growth slows in Asia’s third-largest economy, denting sales of everything from cars to cookies, and prompting the government to step in with tax cuts and a raft of other measures to revive growth.

Amazon reported record sales of about 7.5 billion rupees (USD 7.07 million) in 36 hours in the premium smartphone brands category, while Flipkart said all major categories, including beauty, baby care, private labels and furniture, saw double-digit sales growth from a year ago in the first day.

Both, the “Big Billion Days” sale and Amazon’s “Great Indian Festival”, will finish on Oct 4, according to their websites.

Amazon has successfully grabbed a large chunk of the Indian e-commerce space even though it entered seven years after Flipkart in 2014, winning over millions of customers with its Prime loyalty programme, which gives users early access to deals during sales, free music and video streaming services.

Earlier this month, a leading trader body asked the government to ban the festive sales, citing that the deep discounts they offered was violating the country’s foreign investment rules for online retail.

Both Amazon and Flipkart offer deep discounts on everything from clothes, smartphones to home appliances ahead of important Hindu festivals Dussehra and Diwali.