HDFC Bank regularly has dealings with cooperative banks but did not have any dealing with PMC Bank. 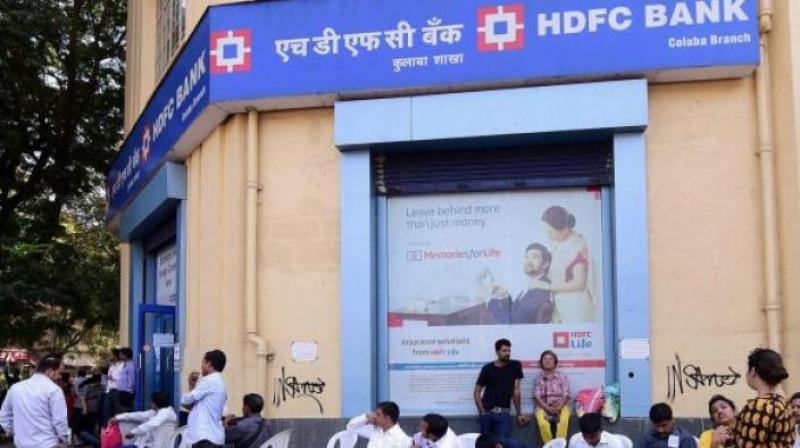 The bank is not looking at any acquisition at present and may only look at it in the future if something gets available at the right price, Puri said.

Mumbai: HDFC Bank on Monday asserted there is no stress on its credit portfolio because of the slowdown and it sees the current phase as an opportunity to grow its book.

Its managing director and chief executive Aditya Puri also informed that a search panel of the board announced earlier will be formed by January, to ensure the chosen successor to lead the bank can work with him for 1-2 months.

The bank had reported a 1.40 per cent gross non- performing assets ratio in June quarter. Growth slipping to six-year low primarily on a slip in consumption has raised concerns on the way forward for banking.

He said that there have not been retrenchments in the industry which should make a lender wary and employment is growing overall, and added that auto majors may have retrenched some temporary workers.

Listing out positives which will work in the economy's favour like the good monsoon, expectations of more divestments and the sentiment turning positive with the tax cuts, he said the bank sees this as a "major opportunity" to grow.

"We see this as a major opportunity as a bank and we see no strain on our credit portfolio," he said, adding it has not compromised on its credit standards and is not lending to over-leveraged persons.

Puri said the bank is looking at semi-urban and rural areas as a major opportunity to grow from here on and underlined that one will be amazed to see the kind of inherent demand that exists.

When asked about his successors, amid a media report saying that the RBI is unlikely to relent on the 70 years retirement age for bank CXOs, Puri said a search panel of the board will be formed by January.

The panel will hire a search agency and a successor will be chosen in such a way that he or she gets to spend at least one or two months with him, Puri, who turns 70 in October next year, said.

The bank is not looking at any acquisition at present and may only look at it in the future if something gets available at the right price, Puri said.

The veteran banker said there is a need for better corporate governance at the co-operative banks, in comments that comes in the wake of issues at PMC Bank, among the largest such lenders.

HDFC Bank regularly has dealings with cooperative banks but did not have any dealing with PMC Bank, he said.

Seeking to assuage concerns, Puri said there is no scope to have system-wide concerns on banking at present.