PMC Bank came under stress due to alleged financial irregularities forcing the RBI to impose restriction on it. 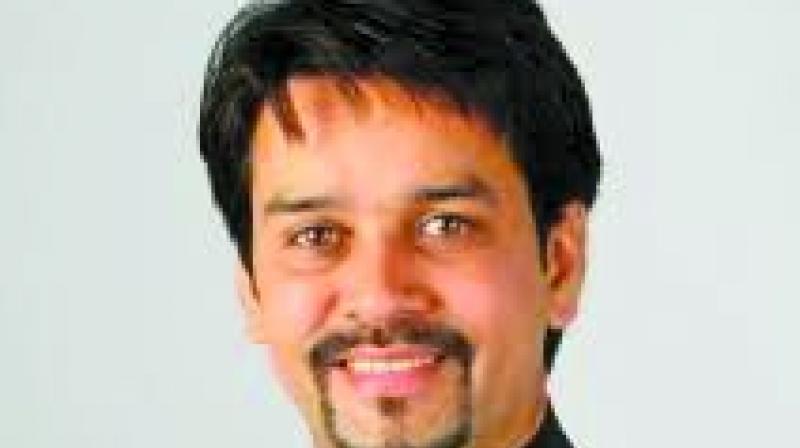 The crisis raises question mark on role of various people whether it is regulator, auditors, directors and other officials, Mos Finance Anurag Thakur said on the sidelines of an event organised by Punjab National Bank in New Delhi. (Photo: File)

New Delhi: Terming the Punjab and Maharashtra Cooperative (PMC) Bank crisis as an "eye opener", Minister of State for Finance Anurag Thakur on Monday said the banking sector regulator RBI is looking into various aspects, including lapses on part of auditors.

The bank came under stress due to alleged financial irregularities forcing the Reserve Bank of India (RBI) to impose restriction on the Mumbai-based lender.

"The role of regulators is very important but at the same time the role of auditors, directors, bank officials is equally important. And what they have been doing for last so many years and people responsible for it, I think regulator (RBI) is looking into this. At this stage, I would not like to say much to that.

"But the kind of media reports and articles have come, some of them are very shocking. I think it is very very important, an eye opener for the banking sector... such instances should not take place at the outset. It also raises question mark on role of various people whether it is regulator, auditors, directors and other officials," he said on the sidelines of an event organised by Punjab National Bank here.

Asked if the Ministry of Corporate Affairs is also looking into the matter, Thakur said the government will look into all the areas where ever required because eventually it's going to impact common man.

The central bank last month put a slew of restrictions on the Mumbai-based lender, creating panic among thousands of depositors.

Major restrictions include capping withdrawal at Rs 10,000 per customer during the six-month period, and banning the bank from extending new loans. The lender has around Rs 11,000 crore of public deposits.

With regard to resolution of bad loans, the minister said the National Company Law Tribunal should be the last resort.

The bank should explore other options for resolution which is good for the bankers to recover more amount and also for the various stakeholders.

He also said that the banking sector will play a crucial role in achieving aspiration of USD 5 trillion economy by 2024-25.

Praising Punjab National Bank (PNB) for standing tall during tough times, Thakur said, the credit should go to all the stakeholders especially officials of the bank.

He inaugurated the heritage museum showcasing the bank's journey of 125 years from its humble beginning in Lahore to its new corporate office.

The museum has various interesting collections capturing the various phases of growth.