Another relative and retired additional director general of police T Jayaprakash, agrees that Mr Siddhartha remained aloof and kept to himself. 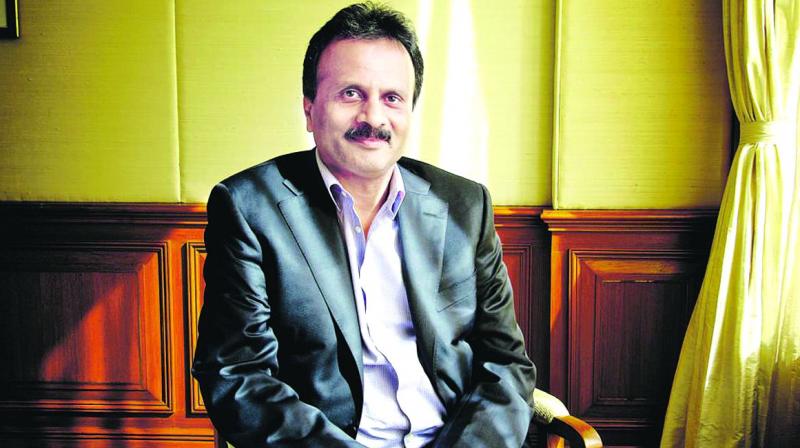 BENGALURU: It’s perhaps a case of being ‘lonely at the top’ rather than an unsuccessful attempt at creating a “right profitable business model” as declared in the letter reportedly mailed by V G Siddhartha, Chairman & MD of the enterprise which owns the iconic chain of Café Coffee Day outlets across the world, say his relatives as they await a word about the entrepreneur who went missing Monday night.

For, it’s not just coffee which Mr Siddhartha dabbled in but his business interests include IT, hospitality, financial services and education. Beyond business a not-for-profit venture, a super specialty hospital named after his nonagenarian father Veerappa Gangaiah Hegde, who’s battling for life in a private hospital in Mysuru, under construction in his home district, Chikka-magalur, mirrors many of his philanthropic activities. “I think the assets are at least six times more than the liabilities, so where’s the question of him being an unsuccessful entrepreneur? He’s a gem and a very humble person. It’s very difficult to find another person like him in our community (Vokkaligas). He did not inherit wealth or take advantage of the fact that he’s Mr S M Krishna son-in-law, but worked very hard for more than three decades to grow all businesses. I am sure everyone in the coffee industry is indebted to him because he offered coffee growers much better prices for the beans at a time when a coterie of buyers was exploiting plantation owners,” Mr A M Mallesh, one of his relatives, said.

Mr Mallesh pointed out, however, that Mr Sidd-hartha was a “lonely person” owing to his workaholic nature and rarely spent more time in social gatherings, always making a brief entry and exit, at weddings, house warming ceremonies and other functions.

Another relative and retired additional director general of police T Jayaprakash, agrees that Mr Siddhartha remained aloof and kept to himself. “He’s a generous and kind entrepreneur who treated his staff like his family.”

Hailing from a coffee planter’s family, Mr Siddhartha decided to tread on a new path in early ’80s and joined JM Financial Services in Mumbai to learn the ropes of trading in the stock market, and later joined as a member of Bangalore Stock Exchange. Next, he launched an investment and venture capital firm, Sivan Securities,  and invested profits from his start-up to buy coffee plantations in his home district.

In 1933, he set up a coffee trading company, Amalgamated Bean Company (ABC), with an annual turnover over Rs 6 crore and over the years it increased to over Rs 2,500 crore. Inspired by a chat with the owners of Tchibo, a German coffee chain, Mr Siddhartha decided to open his own chain of cafes. He launched Cafe Coffee Day's first outlet on Brigade Road in 1996, with the number now swelling to 1,750 in more than 200 cities, including Prague, Vienna and Kuala Lumpur.

Expanding his business portfolio, Mr Siddhartha ventured into the IT sector and founded Global Technology Ventures that identifies, invests and mentors technology companies. He also entered the financial sector with an investment firm Sivan Securities Private.
In 1999, he was roped in by IT veteran Ashok Soota when Subroto Bagchi, Rostow Ravanan and KK Natarajan were launching Mindtree.

He was once the largest shareholder of Mindtree but decided to cash out.