Considering the strong governmental push towards EVs, India has a huge potential to become one of the largest EV markets, the report noted. 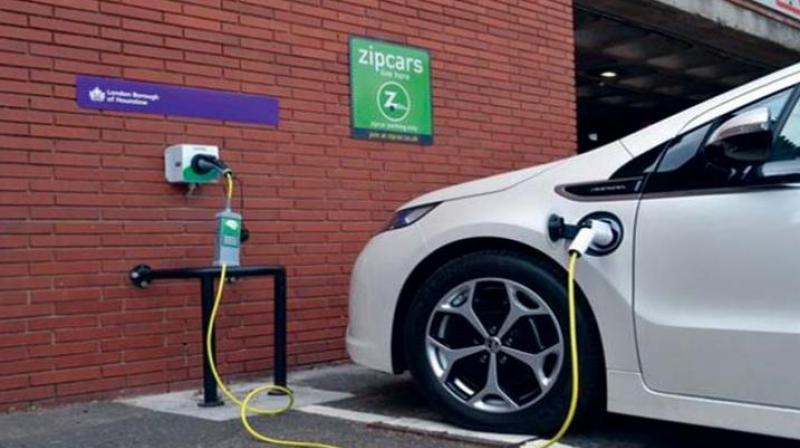 Apart from investment, government backing and direction will be crucial for accelerating adoption and deployment of electric mobility, the report added.

New Delhi: India has the potential to become one of the largest electric vehicles (EVs) markets in the world, with the government pushing for the segment in order to curb pollution and reduce reliance on import-dependent fossil fuel, says a report.

However, the uptake of EVs has been slow in the country due to the high upfront as well as lifecycle costs cost but long-term investment in research and development (R&D) will create sustained growth, according to the report by the Word Economic Forum and Ola Mobility Institute.

Apart from investment, government backing and direction will be crucial for accelerating adoption and deployment of electric mobility, it added.

The report said there are 10 states and union territories (UTs) that are leading the way in building production, infrastructure and services to increase the momentum of EV usage in India.

"Considering the strong governmental push towards EVs, India has a huge potential to become one of the largest EV markets," the report noted.

The report, which also highlights the opportunities for the sector, analysed three value chains -- production, infrastructure and services -- of these states and found that most of them emphasised on the production of EV value chain, aspiring to be manufacturing hubs for such vehicles as well as their components.

In the infrastructure value chain, provisions for installation of charging infrastructure in public and private places were made by most states to address range anxiety.

Besides, many states laid emphasis on the services value chain by creating public awareness, skilling programmes, fiscal incentives such as pollution cess and non-fiscal incentives like retrofitment services, real-time information on charging infrastructure, and payment facilities.

"Fuelled by the national agenda of electrification and bolstered by government-led initiatives, the public and private sectors alike have commenced their respective and joint transitions to electric mobility. But, the uptake of EVs has been slow reflecting their high upfront and lifecycle costs.

"To overcome these challenges, funding is required for research centres and centres of excellence, which in turn, would boost overall R&D in the sector and subsequently manufacturing. Reflecting the nascent nature of the market, government backing and direction is crucial for accelerating adoption and deployment of electric mobility," the report said.

World Economic Forum Head of Mobility Christoph Wolff said, "For a price-sensitive market like India, developing incentives for electric (clean) kilometres run versus electric vehicles purchased makes economic sense and is suggested to be the guiding principle for the national strategy."

Given India's role as part of the global big four automotive players (alongside China, Japan and the US), the report said large-scale changes to the Indian market would affect the industry's global footprint.

"India has taken up an ambitious target to become a USD 5 trillion economy by 2025. The country has placed equal importance on growth that is environmentally sustainable. Mobility holds significant promise for India to enable low-carbon solutions," said Anand Shah, Head, Ola Mobility Institute.

The WEF's India Economic Summit will be held on October 3-4 under the theme 'Innovating for India: Strengthening South Asia, Impacting the World'.

The two-day meeting will convene more than 800 leaders from government, the private sector, academia and civil society with the aim of accelerating the adoption throughout South Asia of Fourth Industrial Revolution technologies and making the most of the region's distinctive demographic dividends.