Budget 2019 proposes to make return filing compulsory for persons, who have deposited more than Rs 1 cr in a current account in a year. 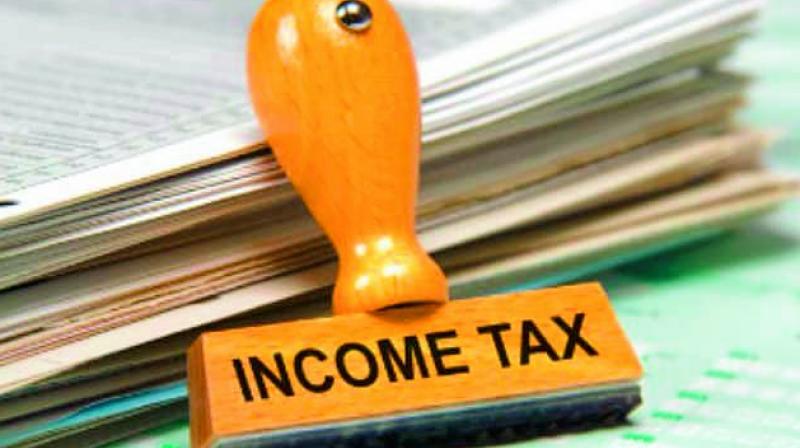 New Delhi: The people in the high-income group will have to pay more taxes as Finance Minister Nirmala Sitharaman on Friday said that "tax rates for individuals having taxable income from Rs 2 crore to Rs 5 crore and Rs 5 crore and above would be increased by around 3 per cent and 7 per cent respectively."

The tax rates and slabs remain unchanged for other categories of income payers. In February before going to the polls, Prime Minister Narendra Modi led government had given relief to income tax payers including no tax for those whose annual income is up to Rs 5 lakh.

The Finance Minister said that direct tax revenue increased by over 78 per cent in FY2018-19 from FY 2013-14, which further rose to Rs 11.37 lakh crore from Rs 6.38 lakh crore. She also announced an additional deduction of up to Rs 1.5 lakh for interest paid on loans for the purchase of an affordable house.

"The effective tax rates for the higher income group individuals having taxable income from Rs 2 crore to Rs 5 crore and Rs 5 crore and above is proposed to be increased by around 3 per cent and 7 per cent respectively," said Sitharaman.
"In view of rising income levels, those in the highest income bracket need to contribute more to the nation's development," she and thanked the taxpayers, saying that they are playing a major role in nation building.

Referring to several measures taken in the past to alleviate the tax burden on small and medium income earners, she said: "Those having an annual income up to Rs 5 lakh are not required to pay any income tax." This includes self-employed as well as small traders, salary earners, and senior citizens, she added.

In her speech, the Finance Minister proposed to give relief in levy of Securities Transaction Tax by restricting it only to the difference between settlement and strike price in case of exercise of options.

In order to provide a further impetus to affordable housing, the Minister proposed to allow an additional deduction of up to Rs 1,50,000 for interest paid on loans borrowed up to March 31, 2020, for purchase of an affordable house valued up to Rs 45 lakh.

Therefore, a person purchasing an affordable house will now get an enhanced interest deduction up to Rs 3.5 lakh. This will translate into a benefit of around Rs 7 lakh to the middle-class home-buyers over their loan period of 15 years.

To make Electric Vehicles affordable to consumers, the Minister said that the Government will provide additional income tax deduction of Rs 1.5 lakh on the interest paid on loans taken to purchase electric vehicles.

This amounts to a benefit of around Rs 2.5 lakh over the loan period to the taxpayers who take loans to purchase an electric vehicle. Considering India's large consumer base, she said: "We aim to leapfrog and envision India as a global hub of manufacturing of electric vehicles."

"The inclusion of solar storage batteries and charging infrastructure in the above scheme will boost our efforts," she said, adding that the government has already moved GST Council to lower the GST rate on electric vehicles from 12 per cent to 5 per cent.

Recognising the increasingly important role of NBFCs in India's financial system and to provide level playing field, the Finance Minister has proposed to tax the interest on bad or doubtful debts in the year in which it is actually received.
Presently this is allowed for scheduled banks, public financial institutions, state financial corporations, state industrial investment corporations, cooperative banks and certain public companies like housing finance companies.

To promote IFSC in GIFT City, the Finance Minister proposed to further provide several direct tax incentives to an IFSC including 100 percent profit-linked deduction under section 80-LA in any ten-year block within a fifteen-year period, exemption from dividend distribution tax from current and accumulated income to companies and mutual funds, exemptions on capital gain to Category-III AIF and interest payment on loan taken from non-residents.

The General Budget 2019-20 proposes to make return filing compulsory for persons, who have deposited more than Rs 1 crore in a current account in a year, or who have spent more than Rs 2 lakh on foreign travel or more than Rs 1 lakh on electricity consumption in a year or who fulfils the prescribed conditions, in order to ensure that persons who enter into high-value transactions also furnish return of income.

It is also proposed to provide that a person whose income becomes lower than the maximum amount not chargeable to tax due to the claim of rollover benefit of capital gains shall also be required to furnish the return.