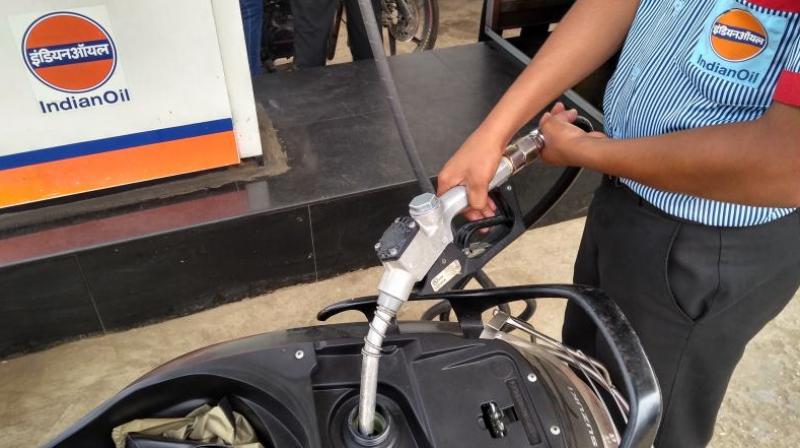 New Delhi: Petrol price will be hiked by over Rs 2.5 per litre and diesel by more than Rs 2.3 after Finance Minister Nirmala Sitharaman on Friday raised taxes on the fuels to part-fund her Budget for 2019-20.

Sitharaman raised excise duty and road and infrastructure cess on the auto fuels by Rs 2 per litre each to raise over Rs 28,000 crore.

Post considering local sales tax or value added tax (VAT), which is charged after adding central excise duty on base price, the increase in petrol price would be over Rs 2.5 per litre and that on diesel would be Rs 2.3.

Also, the finance minister has levied Re 1 per tonne customs or import duty on crude oil. India imports more than 220 million tonnes of crude oil; and the new duty will give the government Rs 22 crore additionally.

At present, the government does not levy any customs duty on crude oil. Only a Rs 50 per tonne national calamity contingent duty (NCCD) is charged.

On top of these, VAT is charged which varies from state to state. In Delhi, VAT is levied at the rate of 27 per cent on petrol and 16.75 per cent on diesel. In Mumbai, VAT on petrol is 26 per cent plus Rs 7.12 a litre additional tax while diesel attracts 24 per cent sales tax.

The BJP-government at the centre had raised excise duty on petrol by Rs 11.77 a litre and that on diesel by Rs 13.47 a litre in nine instalments between November 2014 and January 2016 to shore up finances as global oil prices fell.