Many, however, rued that real estate sector was not given 'industry' status and no stress fund got created for stalled projects. 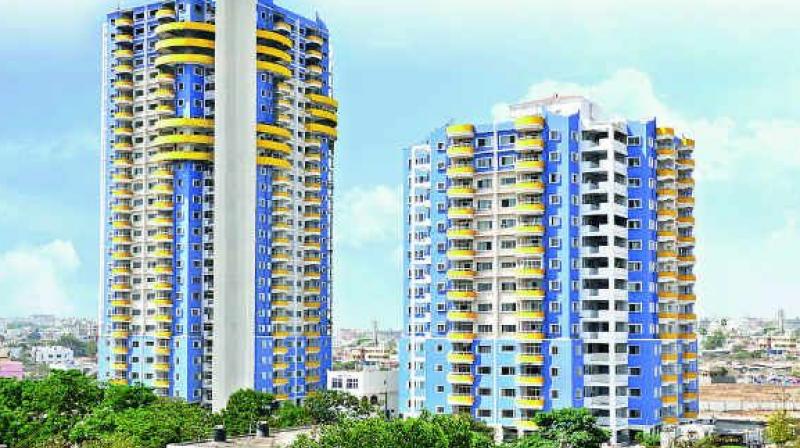 Liquidity has been a major concern for the real estate sector, which the government has tried to address to a certain extent in this Budget, said NAREDCO President Niranjan Hiranandani. (Representational image)

New Delhi: The demand for housing units worth up to Rs 45 lakh will rise on account of additional Rs 1.5 lakh tax deduction provided in the Budget on interest paid on housing loans sanctioned this fiscal to first-time homebuyers, real estate developers and consultants on Friday said, while hailing proposals to promote rental housing and improve liquidity of NBFCs.

Many players, however, rued that the real estate sector was not given 'industry' status and no stress fund got created for stalled projects. Some also complained about the cap of Rs 45 lakh on tax deduction on home loan interest.

Jaxay Shah, chairman of realtors' apex body CREDAI, said the Budget will provide thrust to the real estate sector and boost housing demand but said there was no need to keep a cap of Rs 45 lakh for the deduction.

He requested the government to extend this benefit to all homebuyers without any cap of value of housing property.

NAREDCO President Niranjan Hiranandani said, "The government's idea to provide affordable housing (to all) will be a possibility and is successful in almost all cities except Mumbai where there is a paucity of land. I believe that the additional incentive of Rs 1.5 lakh on interest on loans borrowed under the affordable housing would give a boost to the real estate sector further."

Liquidity has been a major concern for the realty sector, which the government has tried to address to a certain extent in this Budget, he added.

CREDAI President Satish Magar said it is heartening that the association's long-standing demand to reform archaic rental laws and promote public housing on government land figure among the immediate policy agenda outlined in the Budget.

Anuj Puri, chairman, ANAROCK, said that as far as real estate is concerned, the Budget had a few hits and several misses. The tax relief on home loan interest will "help stimulate demand for affordable housing and attract first-time homebuyers".

He, however, expressed disappointment that there was no announcement on stressed asset fund to get work started on the stuck projects.

JLL India CEO and Country Head Ramesh Nair said the Budget has focussed on affordable housing to achieve the 'Housing for All' mission.

"This tax benefit (interest deduction) will boost demand substantially. This will significantly benefit first-time homebuyers who will enjoy the benefits of interest subvention under the CLSS (Credit Linked Subsidy Scheme) and the announced tax benefits," he added.

Lodha group MD & CEO said Abhishek Lodha said the Budget announcement by the government is optimistic towards the real estate sector. The tenancy law will ease out the process of renting which, in turn, will bring transparency during the agreement.

Tata Realty & Infrastructure Ltd MD & CEO Sanjay Dutt said the 2019 Budget has come as a mixed bag for the real estate sector at a time when the industry is showing signs of revival. The tax deduction takes the government's 'Housing for All by 2022' initiative one notch ahead, he said, adding that the builders' liquidity concerns could have been addressed better.

PropTiger and Housing.com CEO Dhruv Agarwala said the standout announcement in Union Budget 2019, for the real estate sector, was the additional deduction of Rs 1.5 lakh. "This boost on the demand side was clearly needed considering that many homebuyers have turned fence-sitters, awaiting such tax sops or correction in prices."

Knight Frank CMD Shishir Baijal said the Budget has taken note of some of the key challenges of the sector in terms of the ongoing NBFC crisis and the tough residential market. "We hope that the measures of enhancing bank funding to the NBFC sector and tax incentives around affordable housing will help the cause."

Supertech Chairman R K Arora said the sector will benefit from tax sops on affordable housing. M3M Group Director Pankaj Bansal said the government's support to non-banking financial companies (NBFCs) is a step in the right direction to bring the much-awaited liquidity in the sector.

Sunteck Realty CMD Kamal Khetan said there is a direct intervention in the Budget to boost affordable housing. Gera Developments Rohit Gera said the tax deduction on home loans is a welcome step that has potential to kick-start sales. Omkar Realtors Director Gaurav Gupta said additional exemption in income tax on home loans under affordable housing is a good step.

The NCR-based ABA Corp Director Amit Modi said the government should have given tax incentives for home buyers of properties above Rs 45 lakh. He said legitimate demands such as industry status and single-window clearance for projects were ignored.