India's economic growth slowed to a five-year low of 5.8 per cent in the January-March quarter. 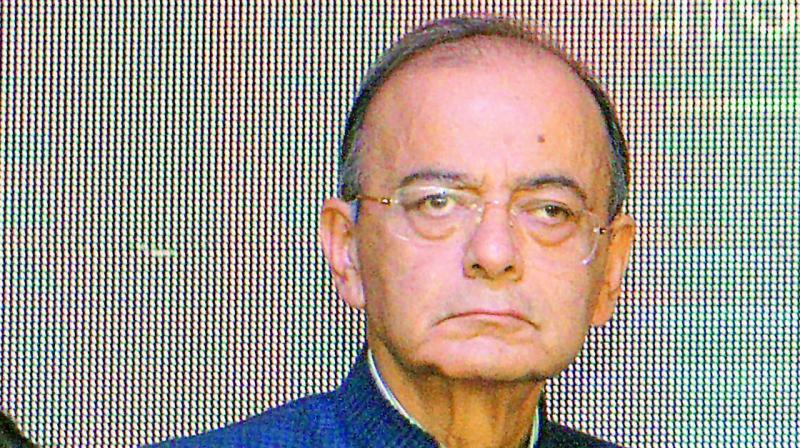 New Delhi: Former finance minister Arun Jaitley on Saturday said the Budget 2019-20 lays down the roadmap for India to get back on the high growth track and is based on the premise that economies which follow prudent fiscal policies eventually get rewarded as against those which indulge in fiscal adventurism.

In a Facebook post a day after the Budget presentation, Jaitley said a fundamental question has always been asked as to what would one choose between good economics and clever politics.

"The choice is unfair because any Government needs both in order to survive and perform. The Prime Minister's first tenure witnessed this blending of good economics and good politics," he said in the post titled 'The Budget 2019-20'.

Stating that the Budget creates a political direction for an aspirational India, Jaitley said several sectors of interest to the middle class and the neo-middle class, like affordable housing and electric vehicles, have been incentivised.

Besides, push to infrastructure, construction and real estate sectors would provide a fillip to job creation and attract investment.

"India will continue to be the fastest growing major economy in the world. In the last two to three quarters growth has seen a moderation. Unquestionably, the Budget as a policy document lays down the roadmap for India to get back on track," Jaitley said.

India's economic growth slowed to a five-year low of 5.8 per cent in the January-March quarter. For the full 2018-19 fiscal as well, the growth rate was at its lowest in five years at 6.8 per cent.

The Finance Ministry's Economic Survey has projected growth to pick up to 7 per cent in the current fiscal.

Jaitley said the Budget 2019-20 focuses on accelerating the direction of the past and expands the roadmap on which the Prime Minister has built up India's growth story from 2014-19.

The striking part of this period was that for a five-year average, India grew by 7.3 per cent, its revenues grew exponentially and it brought macro stability back with both the current account deficit and the fiscal deficit being on the glide path downwards, he said.

"The present Budget maintains that path based on the premise that economies which are fiscally prudent, eventually get rewarded as against those who indulge in fiscal adventurism," Jaitley said.

The Budget, tabled in Parliament by Finance Minister Nirmala Sitharaman, cut fiscal deficit estimates for current financial year to 3.3 per cent from 3.4 per cent projected in the interim Budget on February 1.

She further said the target of making India a USD 5 trillion economy in the next few years was "imminently achievable".