A few companies, especially with exposure to the realty space, may face problems in the future, said HDFC's Aditya Puri. 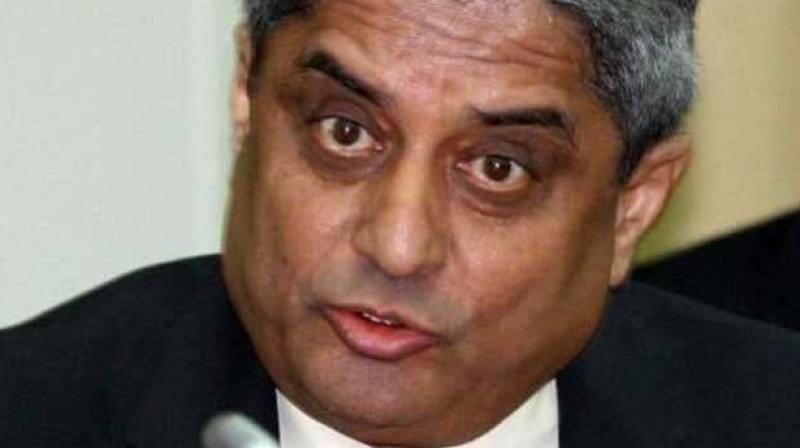 I am not saying boisterous or we are going to have a runaway boom. I am saying that as we are moving ahead, growth will move higher from where it is. We are probably at the trough, Puri said. (Photo: File)

Mumbai: Economic growth has probably reached a ?trough? and the pace of GDP expansion will start rising by January next year, HDFC Bank managing director Aditya Puri has said.

While the crisis with the shadow banks is over, there may be a few companies, especially with exposure to the realty space, that may face problems in the future, Puri told PTI in an interview.

The comments were made at an interaction before the RBI sharply revised down its GDP growth target to 6.1 per cent on Friday. The GDP growth has slipped to a six-year low of 5 per cent in the June quarter.

"I am not saying boisterous? or we are going to have a runaway boom. I am saying that as we are moving ahead, growth will move higher from where it is. We are probably at the trough,? Puri said.

He said higher government spending, investment in infrastructure, Finance Minister Nirmala Sitharaman's move to get more money into the economy and a good monsoon will support the growth.

However, given the very large size of India, the measures will take time to yield results, Puri said, adding that by January, he expects a pick-up in the economic growth.

Banks are witnessing demand for working capital loans at present, he said, adding that the capacity utilisation needs to move up to 80 per cent from the present 77 per cent for investments to happen and it may take some time for the same.

Replying to a query on the fiscal side worries, Puri said while it is ?reasonable? to expect a widening of the fiscal gap, he is confident that the same can be bridged through higher disinvestments, better collections of both GST and the income tax, and not worry too much about a marginal slippage.

On the issues surrounding the NBFCs (non-banking finance companies), he said the crisis is gone, but there is no easy solution and things will take time to settle down.

There may be a few more entities especially having exposure to the realty segment, which will face difficulties, he said, answering a question on recent developments at Altico Capital.

?The crisis is over, the problem is not over. There will be a few like these. The ALM issue will have to be rectified. I don't think there are any unrecognized large NBFCs which will move into a problem,? he said.

Stressing that an NBFC going down does not create systemic risks because such entities are not a part of the clearing system, he welcomed efforts like portfolio sell-offs, bringing equity and improvements in cashflows.

The RBI has also taken measures to help the sector and the state-run banks have also started lending, he said, adding that we need to keep monitoring the sector in the future.

On HDFC Bank's plans, he said it will very well capitalised and will not be needing capital for at least three more years.

?We are seeing growth in demand,? he said, adding that the bank has started lending to newer segments like the small businesses, and even shopkeepers because of technology tools.

He said the quality of its unsecured book is also ?quite safe? and the bank expects this stream to continue growing.

On the term loans side, Puri said the bank has participated in road and renewable energy projects, and stressed the need to have ?good projects? for this to grow.

He defined a ?good project? as one ?where appropriate risks are covered, the construction risk is covered, the owner who was supposed to make payment has been covered and the structuring is such that debt to equity is correct? and assured that such will continue getting money.