The fourth consecutive rate cut is expected to lower EMIs for home and auto buyers, and borrowing cost for corporates. 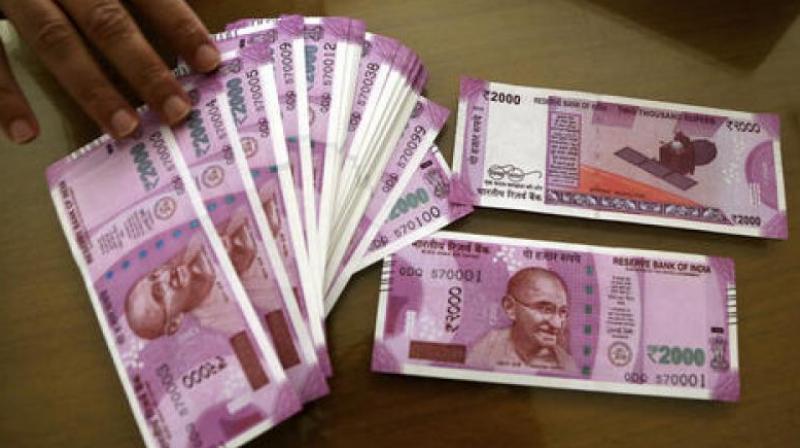 The 35 basis points (bps) cut in repo is unusual, as the RBI has been changing the interest rate by 25 or 50 bps in the past.

Mumbai: In an unusual move, the Reserve Bank of India (RBI) on Wednesday reduced the benchmark lending rate by 35 basis points to 5.40 per cent amid concerns over slowdown in economy.

The fourth consecutive rate cut is expected to lower equated monthly instalments (EMIs) for home and auto buyers, and borrowing cost for corporates. Earlier this week, banks had assured Finance Minister Nirmala Sitharaman of passing on the benefits of RBI's rate cut to borrowers.

The 35 basis points (bps) cut in repo is unusual, as the RBI has been changing the interest rate by 25 or 50 bps in the past.

When asked why the RBI opted for a 35-basis point rate cut, RBI Governor Shaktikanta Das said it is not unprecedented, and added that a 25-basis point reduction was inadequate while 50 bps was excessive, so the MPC took a balanced call.

The central bank, after the meeting of rate-setting panel Monetary Policy Committee (MPC), also lowered the GDP growth estimates for the current financial year to 6.9 per cent from its June forecast of 7 per cent.

The MPC, headed by the RBI Governor, decided to continue with the 'accommodative' stance on monetary policy, indicating further easing of monetary policy depending on high-frequency indicators, such as inflation.

"On the basis of an assessment of the current and evolving macroeconomic situation, the MPC at its meeting today (Wednesday) decided to...reduce the policy repo rate under the liquidity adjustment facility (LAF) by 35 basis points from 5.75 per cent to 5.40 per cent with immediate effect," the RBI said in a statement.

Noting that inflation is currently projected to remain within the target over the next 12 months, the MPC said since the previous policy in June, domestic economic activity continues to be weak, with the global slowdown and escalating trade tensions posing downside risks.

It said even as past rate cuts are being gradually transmitted to the real economy, the benign inflation outlook provides headroom for policy action to close the negative output gap.

"Addressing growth concerns by boosting aggregate demand, especially private investment, assumes the highest priority at this juncture while remaining consistent with the inflation mandate," the RBI said in the third bi-monthly monetary policy review for the current financial year.

The RBI also revised downwards real GDP growth for 2019-20 to 6.9 per cent from 7 per cent in the June policy.

Consumer Price Index-based or retail inflation is projected at 3.1 per cent for the September 2019 quarter and 3.5-3.7 per cent for the second half of the current financial year, with risks evenly balanced.