The rupee fell against the dollar as the greenback strengthened post Friday's upbeat US non-farm payroll data. 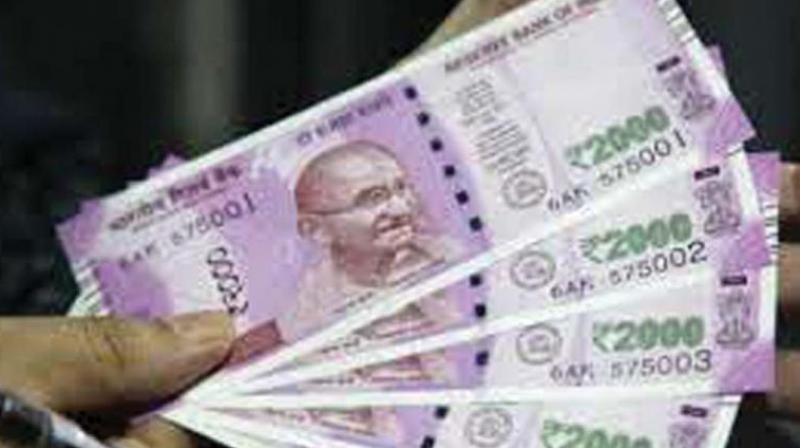 The rupee fell against the dollar as the greenback strengthened post Friday's upbeat US non-farm payroll data. (Representional Image)

Mumbai: The government's 10-year bond prices extended gains on Monday, after the Union Budget 2019-20 announced plans to raise Rs 68,000 crore from sale of sovereign bonds overseas, which would reduce the onshore supply pressure as well.

The benchmark 10-year bond yield declined by 12 basis points to 6.58 per cent on Monday, the biggest fall since June 18. Bond prices and yields move in opposite direction.

The government plans to raise as much as $10 billion from its first overseas sovereign bonds leveraging on the huge appetite for its debt in the foreign market. "It's a cautious beginning, which we need to make," Economic Affairs Secretary Subhash Garg said in an interview on Saturday. "In terms of risk management I don't see it exceeding 10-15 per cent of the total borrowing, which makes it roughly about $10 billion." Garg said. The government would be releasing more details in September when it announces borrowing plans for the second half of the year.

The rupee fell against the dollar as the greenback strengthened post Friday's upbeat US non-farm payroll data. Weakness in other Asian currencies coupled with negative global equities lowered the appetite for riskier assets. The domestic currency closed lower by 23 paise at 68.65 on Monday compared to previous trading day's closing of 68.42.

India currently has no sovereign dollar bonds outstanding and most of its debt is rupee-denominated. Analysts see the bond sale as an opportunity to cut interest costs by borrowing abroad at lower rates.

"The mild downward revision in the targeted level of the GoI’s fiscal deficit for FY2020, combined with the proposal to raise a portion of the borrowings from external markets in foreign currencies, as well as the expectations of continued repo rate cuts and a benign outlook for global interest rates, will help to cap yields on GoI securities in the near-term,” said Icra.