The expected rise in inflation comes despite the price of oil, India’s biggest import, falling by more than 7 per cent. 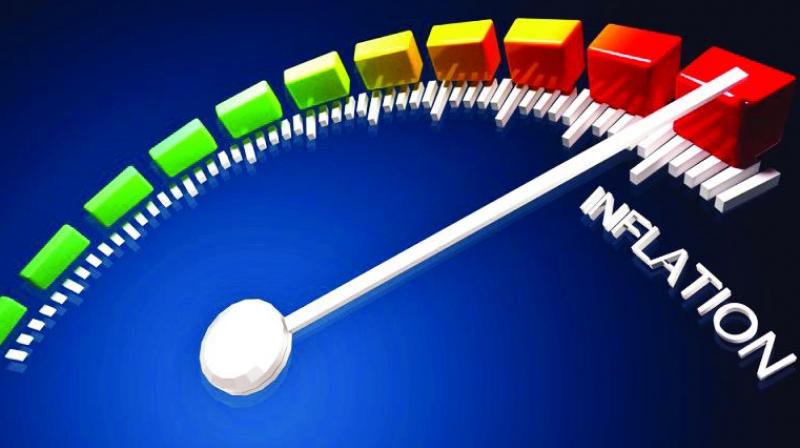 Core inflation, which excludes food and energy prices, also likely got a boost last month from a surge in gold prices.

Bengaluru: Indian retail inflation likely rose to a 10-month high in August primarily driven by higher food prices, while staying below the Reserve Bank of India’s medium-term target of 4 per cent, a Reuters poll of economists showed.

Food prices, which account for nearly half of the inflation basket, have been rising largely due to the impact of inconsistent rainfall on crops.

The median forecast from over 40 economists polled between September 4-9 showed retail prices rose at an annual rate of 3.3 per cent in August, up from 3.15 per cent in July and the highest since October 2018. Forecasts ranged between 3.00-3.50 per cent.

“Rising food prices have been leading consumer price inflation up this year - a trend that is likely to have received a further lift in August from a supply shock to food prices from heavy flooding in some south-western states,” said Prakash Sakpal, Asia economist at ING.

The expected rise in inflation comes despite the price of oil, India’s biggest import, falling by more than 7 per cent.

Core inflation, which excludes food and energy prices, also likely got a boost last month from a surge in gold prices, which recently hit a six-year high on rising worries about a deeper global economic downturn.

If the forecast for 3.3 per cent headline inflation is realised, it will have held below the central bank’s medium-term target of 4 per cent for 13 straight months, the longest stretch below the target since the introduction of the index in January 2012.

Relatively muted inflation, along with the slowest pace of economic growth since 2013 during the last quarter, might be enough to push the RBI to cut interest rates for a fifth consecutive time next month.

The central bank reduced its policy rate to 5.40 per cent on August 7, and has lowered the rate by 110 basis points this year.

“The RBI is caught in a situation where (economic) growth is expected to be lower than what they have forecast and inflationary pressures will still remain under control though higher than their estimate,” said Aastha Gudwani, India economist at BofAML, who forecasts a 35 basis point cut at the policy review due on October 4, and a further 15 basis point cut in December.