Yields in some Asian markets are tracking the slide in their US and UK peers as investors take stock of the damage wrought. 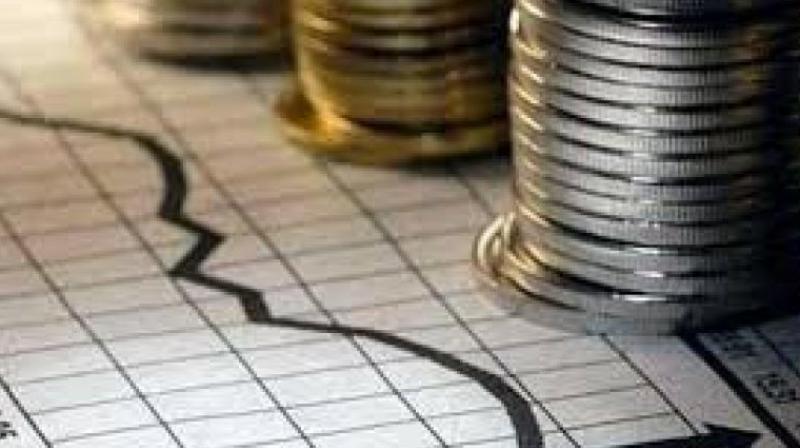 As risks to the outlook increase, investors are scooping up longer-dated securities on expectations that interest rates will continue to fall.

The inverted yield curve looks set to be a global phenomenon, with major Asian debt markets primed to mirror the moves in Treasuries as fears grow that the world economy is teetering on the brink of a recession.

Yields in some Asian markets are tracking the slide in their US and UK peers as investors take stock of the damage wrought by the Sino-American trade war. A poor German GDP print and disappointing China factory output data on Wednesday underscored the weakness that’s gripping the global economy.

As risks to the outlook increase, investors are scooping up longer-dated securities on expectations that interest rates will continue to fall.

Singapore
The spread between Singapore’s two- and 10-year yields narrowed to one basis point this week, the smallest gap since November 2006. Local interest rates and yields tend to follow those in the US as the Monetary Auth-ority of Singapore uses the currency rather than borrowing costs to set policy.

As one of the world’s most open economies, the city state has felt the chill from the slowdown in global trade. Singapore’s GDP contracted 3.3 per cent last quarter, hurt by softening demand and a slump in the electronics sector.

“This is a global phenomenon,” said Winson Phoon, head of fixed-income research at Maybank Kim Eng Securities in the city state, referring to the flattening curve. “It looks like Singapore is heading toward that direction too as the demand for safer assets is prompting investors to be long sovereign bonds and extend duration in anticipation of major economic slowdown risk.”

Malaysia
Malaysian bond investors have shrugged off a recent uptick in inflation, with the drop in 10-year yields outpacing that of three-year notes. Bank Negara Malaysia expects price pressures to quicken in the coming months as the impact of a change in the consumption tax wanes.

Even so, policy easing by the Federal Reserve would give the Malaysian central bank scope to follow up on May’s interest-rate cut to bolster growth, according to Bloomberg Economics.

Australia
Australia’s yield curve, which consists of three- and 10-year notes, has also been flattening. Local yields are under pressure, thanks to the global bond rally and increasing expectations for the Reserve Bank of Australia to keep interest rates lower for longer. Still, RBA Deputy Governor Guy Debelle on Thursday downplayed the inversion in the Treasury curve, saying he wasn’t sure “how useful that signal is.” The US and Australian curves would be steeper if negative term premia were taken into account, he said.

Debelle’s argument runs counter to the findings of a research paper from the Federal Reserve Bank of San Francisco, which judged the yield curve to be a “fairly accurate” predictor of a recession.

Japan
In Japan, the curve is also approaching inversion for the first time since the nation’s economic bubble burst in the 1990s. The central bank’s yield-curve-control policy plays a big part in influencing market moves but local bonds aren’t immune to global growth concerns.