India and US are negotiating a trade package by ironing out trade issues with an aim to promote the two-way commerce. 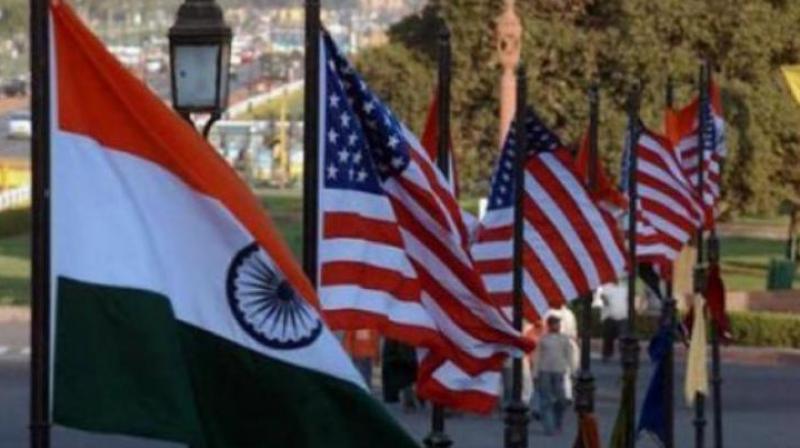 We are in continuous dialogue for past several months with the US and we are working towards and early resolution of many of those issues. Whether a deal will be announced or not that is up to the Prime Minister and the President to decide, said Commerce and Industry Minister Piyush Goyal. (Representational Image)

New Delhi: Commerce and Industry Minister Piyush Goyal on Monday said India and the US are in continuous dialogue and working towards early resolution of trade related issues.

"We are in dialogue with the US on a number of issues and as we firm up the specifics, we will inform you once the Prime Minister (Narendra Modi) and the US President (Donald) Trump sit down and finalise...We have an open mind and with an open mind, we are looking at several sectors," he told reporters here.

He was replying to a question about which all sectors are expected to cover the India-US proposed trade deal when announced during the meeting of the prime minister and US President.

Asked whether the two countries will sign deal during Modi and Trump meeting, Goyal said: "We are in continuous dialogue for past several months with the US and we are working towards and early resolution of many of those issues. Whether a deal will be announced or not that is up to the Prime Minister and the President to decide".

Modi will visit the US between September 21 and 27, during which he will address the annual UN General Assembly session and have a series of bilateral and multilateral engagements in New York.

Both the countries are negotiating a trade package by ironing out trade issues with an aim to promote the two-way commerce.

India is pressing for exemption from high duty imposed by the US on certain steel and aluminium products, resumption of export benefits to some domestic goods under their Generalised System of Preferences (GSP) as well as greater market access for its products from sectors like agriculture, automobile, auto components and engineering.

On the other hand, the US is demanding greater market access through cut in import duties for its agriculture goods, dairy products, medical devices, IT and communication items.

India's exports to the US in 2018-19 stood at USD 52.4 billion, while imports were USD 35.5 billion. The trade balance is in favour of India and the US is pitching to reduce the trade deficit.

Further talking about the proposed mega free trade agrement RCEP, Goyal said India has decided to conduct a meeting through video conference with rest of the 15 members on certain issues.

"We have put forward certain proposals. If there is any surge in import of any product, we can take quick remedial measures and the interest of domestic industry is protected," he said.

This proposal assumes significance as India has registered trade deficit in 2018-19 with as many as 11 RCEP member countries - including China, South Korea and Australia - out of the grouping of 16 nations that are negotiating a mega trade pact since November 2012.

The negotiations are taking place as the member countries have targeted to conclude the talks by November.

But several sectors like dairy, steel and metal have raised serious concerns over this pact.