Ravi also refuted the contention of her EAC-PM colleague Rathin Roy that India could fall into the middle income trap. 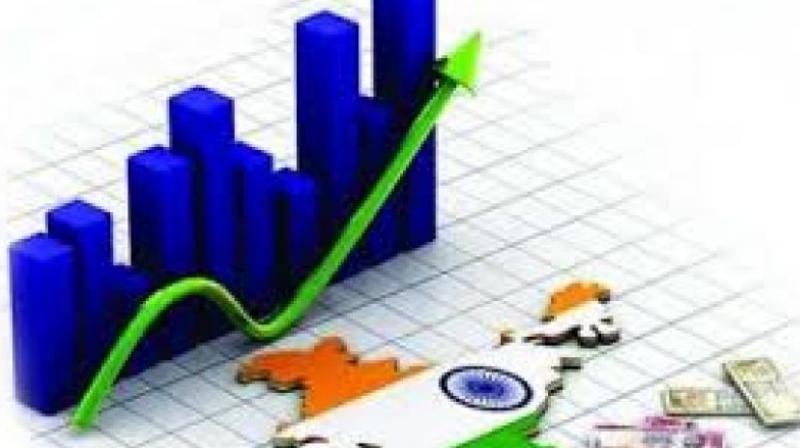 New Delhi: India needs to make all efforts to reach 'double digit' growth and should not treat 7 per cent expansion as the 'new normal', Economic Advisory Council to the Prime Minister (EAC-PM) member Shamika Ravi said on Friday.

Ravi also refuted the contention of her EAC-PM colleague Rathin Roy that India could fall into the middle income trap -- a term used by the World Bank to refer to nations that get stuck at a middle level of economic development as they attempt to grow rich.

"But emphasis now needs to be on how do we get back with the vision to that double digit growth," Ravi said at event organised by Brookings India.

"The new normal of 7 per cent or perhaps weakening further because of the global trends cannot be the new normal for a country with per capita income that we do have," she added

The Central Statistics Office (CSO) had in February revised downwards the growth estimate for 2018-19 fiscal from 7.2 per cent to 7 per cent -- the lowest in five years.

Ravi also asserted that there needs to be reinforcement of mechanisms through which India can continue to aspire for double digit growth.

She maintained that India is unlikely to fall into the middle income trap.

Recently, EAC-PM member Rathin Roy had said the Indian economy is heading for a structural slowdown.

The concept of the middle income trap was first put forward by the World Bank in a 2006 report on the development of East Asian economies.

The theory states that in many middle-income economies, growth slows and nations are unable to generate further economic momentum and grow rich.

Ravi also noted that India should not lose fiscal discipline which it maintained during the last five years of the Narendra Modi government.

The eminent economist also pointed out that states which are ranked high in ease of doing business have low unemployment rate compared to the all-India average.

"It's important to realise that the recipe for job creation will also eventually come through entrepreneurship. Government cannot be final provider of jobs," she said.