The Council also held consultations to obtain inputs and suggestions of the financial sector regulators for the Budget. 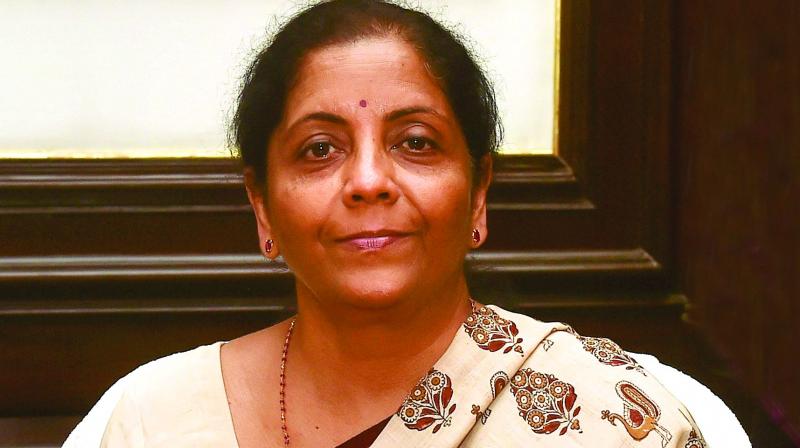 New Delhi: Finance Minister Nirmala Sitharaman reviewed the state of the economy and discussed various budget-related suggestions and proposals at a meeting with financial sector regulators here on Wednesday.

Sitharaman will present the first budget of Modi 2.0 government on July 5 against the backdrop of India's economy hitting a five-year low growth of 6.8 per cent in 2018-19.

"As discussed in the other FSDC meetings, there was a general review of the current state of the economy, of the overall macro-economic situation, global developments, and there was a discussion on the forthcoming budget and various budget-related suggestions and proposals," the RBI governor said after the meeting.

The regulators and the concerned secretaries of the government were present in the meeting, he said. The FSDC is the apex body of sectoral regulators.

Asked about the outlook for the economy, Das said current situation has already been spelt out after the Monetary Policy Committee meeting earlier this month.

"In the post MPC press conference, I have personally elaborated on the risks to global growth. On the outlook for India, for the current year, we have projected 7 per cent. We have also flagged the other issues in the MPC resolution, and in the statement which I made after the MPC. Beyond that I have nothing to add," he said.

Concerns with regard to focus on financial stability have been the underlying theme of all monetary policy decisions, he said.

Asked if any stimulus is required to prop up the economy, the governor said, "It is for the government to decide, and its the finance minister's prerogative to take a call on such matters."

The RBI governor further said that the Bimal Jalan committee, which is looking into the size of capital reserves that the RBI should hold, is likely to submit its final report by June-end.

The 20th meeting of the FSDC reviewed the current global and domestic economic situation and financial stability issues including, inter-alia, those concerning Banking and NBFCs, an official statement said.

The Council was also apprised of the progress made towards setting up of the Financial Data Management Centre (FDMC) to facilitate integrated data aggregation and analysis as also a Computer Emergency Response Team (CERT-Fin) towards strengthening the cybersecurity framework for the financial sector, it said.

The Council also held consultations to obtain inputs and suggestions of the financial sector regulators for the Budget, it said, adding, all the regulators presented their proposals for the Union Budget 2019-20.

The Council also took note of the activities undertaken by the FSDC Sub-Committee Chaired by Governor, RBI and the action taken by members on the decisions taken in earlier Meetings of the Council.