The government is targeting to increase the exports to USD one trillion in coming years. 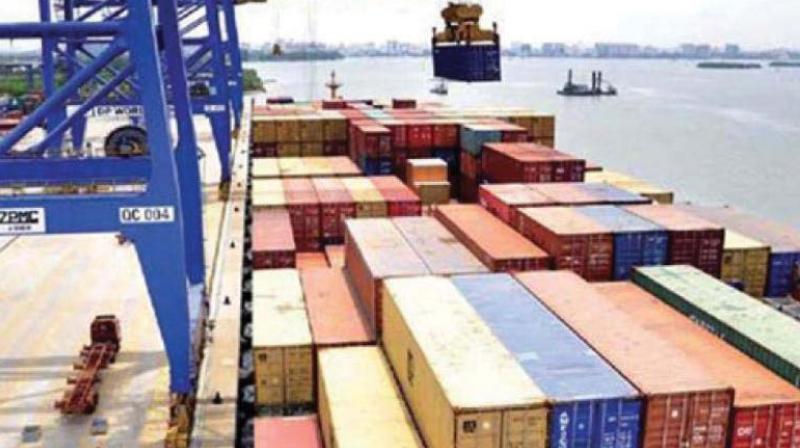 The ministry may also include new chapters for services, and e-commerce exports besides simplifying advance authorisation and self ratification schemes.

New Delhi: The commerce ministry is considering rationalising and simplifying certain export promotion schemes such as EPCG in the next foreign trade policy, which provides guideline and incentives for increasing shipments, an official said.

The ministry is in consultation with all stakeholders for the preparation of the next policy (2020-25), as the validity of the old one ends on March 31, 2020, the official said.

The ministry may also include new chapters for services, and e-commerce exports besides simplifying advance authorisation and self ratification schemes.

EPCG is an export promotion scheme under which an exporter can import certain amount of capital goods at zero duty for upgrading technology related with exports.

On the other hand, advance authorisation is issued to allow duty free import of inputs, which is physically incorporated in export product.

Total exports of third party could be counted as export obligation instead of only proceeds realised from third party by EPCG holders, the official said.

Similarly in the advance authorisation scheme, export obligation period could be enhanced from the current 18 months.

For the export oriented units, the ministry is considering getting policy formulation, regulation and administration under one roof.

The ministry's arm directorate general of foreign trade (DGFT) is formulating the policy.

In the new policy, changes are expected in incentives given to goods as the current export promotion schemes are challenged by the US in the dispute resolution mechanism of the World Trade Organisation (WTO).

Against this backdrop, the government is recasting the incentives to make them compliant with global trade rules, being formulated by Geneva-based WTO, a 164-nation multilateral body.

Exporters are demanding incentives based on research and development, and product-specific clusters under the new policy.

Ludhiana-based Hand Tools Association President S C Ralhan said the new policy should have provisions for refund of indirect taxes like on oil and power, and state levies such as mandi tax.

The government is targeting to increase the exports to USD one trillion in coming years.