However, the opposition demanded they be sent to a standing committee for scrutiny. 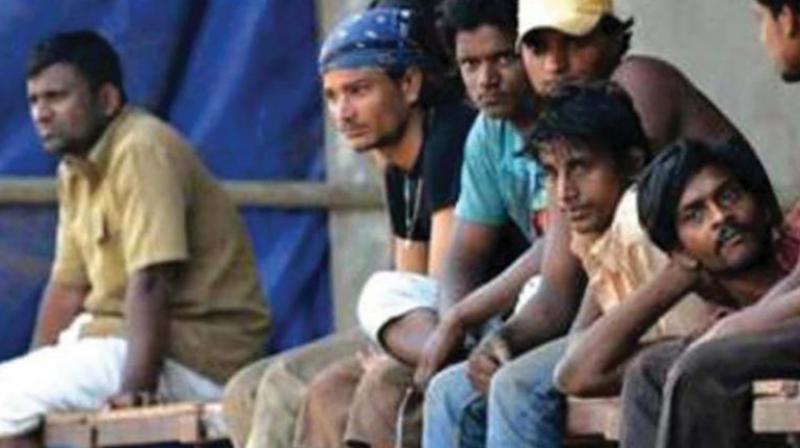 The OSH Code simplifies, amalgamates and rationalises the provisions of 13 central labour laws into a concise volume with certain important changes. (Representional Image)

New Delhi: Seeking to bring another wave of labour reforms, the government on Tuesday introduced two bills in Lok Sabha which together would subsume 17 laws with an objective to improve ease of doing business.

However, the opposition demanded they be sent to a standing committee for scrutiny.

The OSH Code simplifies, amalgamates and rationalises the provisions of 13 central labour laws into a concise volume with certain important changes.

It would apply to all establishments having 10 or more workers, other than those relating to mines and docks.

Besides, it will expand the ambit of the provisions relating to working conditions of cine and theatre workers to include them in the digital audio-visual workers, encompassing all forms of electronic media.

The bill will also include journalists in the electronic media such as e-paper or in radio or in other media. It will also expand the scope of Inter-State migrant workers to include workers recruited or engaged by an employer directly, from one state to another for employment.

The bill provides for the definition of family to include dependent grandparents in order to take care of them.

It provides the concept of one registration for all establishments having 10 or more employees and constitution of National Occupational Safety and Health Advisory Board to give recommendations at central and state levels.

It makes a provision that the employer will provide free of cost annual health checks-up for employees. It also makes it mandatory to issue appointment letter to every employee.

The multiple committees under five labour Acts have been substituted by one National Occupational Safety and Health Advisory Board with representation from trade unions, employer associations, and state governments.

It provides that a part of the penalty (upto 50%) for contravention of provisions relating to duties of employer leading to death or serious bodily injury to any person may be given to the victim or the legal heirs by the Court.

It allows the women employees to work at night, that is, beyond 7 PM and before 6AM subject to the conditions relating to safety, holiday, working hours and their consent.

The Code on Wages universalises the provisions of minimum wages and timely payment of wages to employees irrespective of the sector and wage ceiling.

At present, the provisions of both Minimum Wages Act and Payment of Wages Act apply on workers below a particular wage ceiling working in scheduled employments only.

This bill would ensure Right to Sustenance for every worker and intends to increase the legislative protection of minimum wage from existing about 40 to 100 per cent workforce.

Under the bill, the introduction of statutory floor wage will be computed based on minimum living conditions. It will extend qualitative living conditions across the country to about 50 crore workers. It is envisaged that the states notify payment of wages to the workers through digital mode.

There are 12 definitions of wages. Under the bill, the definition of wages has been simplified.

It provides that the minimum wage fixation would be primarily based on geography and skills. It will substantially reduce number of minimum wages in the country from existing more than 2000 rates of minimum wages.

To protect the interest of the workers, the limitation period has been raised to 3 years and made uniform for filing claims for minimum wages, bonus, equal remuneration etc, as against existing varying period between 6 months to 2 years.

Opposing the introduction of the bill, Adhir Ranjan Chowdury, Leader of the Congress in Lok Sabha, said this is a big issue and the bill has to be sent to a standing committee for scrutiny.

He said it will be a "grave injustice" if the bill is not sent to a parliamentary panel for scrutiny. It also needs allocation of more time for discussion, Chowdhury added.

RSP's N K Premachandran and Saugata Roy (TMC) also demanded that the bills be sent to Parliamentary panels for scrutiny, saying their passage will have large scale ramifications.

Responding to queries, Gangwar said the Occupational Safety, Health and Working Conditions Code was sent to the Standing Committee during the last Lok Sabha.

Gangwar said the legislations have been drafted after consulting 13 workers' organisations and he will try to assuage concerns raised by the members.

On opposition to the introduction of the bill, especially The OSH Code, Gangwar said let the bill be introduced and the House can take a call later.