The government has set fiscal deficit target of 3.3 per cent of the GDP for the current fiscal. 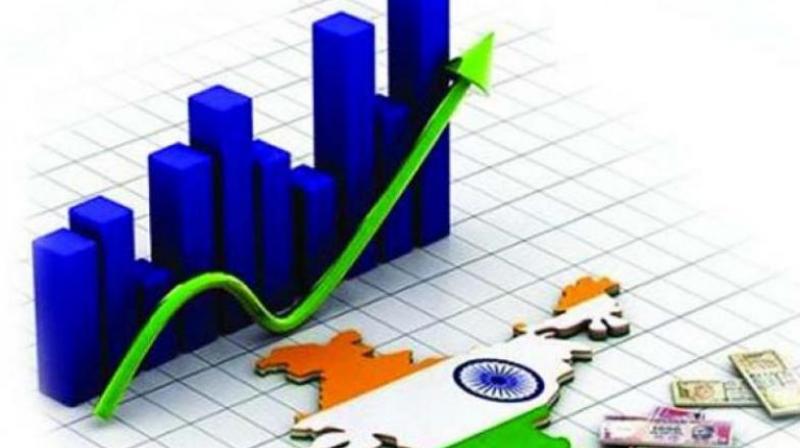 Housing finance companies would get up to Rs 30,000 crore with a view to revive the real estate sector.

New Delhi: The government on Friday announced a raft of measures, including rollback of enhanced super-rich tax on foreign and domestic equity investors, exemption of startups from 'angel tax', a package to address distress in the auto sector and upfront infusion of Rs 70,000 crore to public sector banks, in efforts to boost economic growth from a five-year low.

To bolster consumption, the government also said that banks have decided to cut interest rates, a move that would lead to lower EMIs for home, auto and other loans.

Finance Minister Nirmala Sitharaman, who had been flooded with demands from different sectors after her maiden Budget this year did little to address their distress, promised to continue the reforms and announce more measures next week.

While the applicability of higher income tax surcharge on those earning more than Rs 2 crore a year has been withdrawn for foreign and domestic equity market investors, demand for auto sector was sought to be raised by slew of measures. The steps include a plan to encourage scrapping of old vehicles and removal of ban on government departments in buying new petrol/ diesel vehicles.

In a bid to give fillip to job-creating Micro, Small and Medium Enterprises (MSME), Sitharaman said pending GST refunds would be done within 30 days, while startups - a major avenue for employment and new entrepreneurship - would be exempt from so-called 'angel tax'.

She also announced an immediate infusion of Rs 70,000 crore into banks to boost their liquidity and lending capacity of banks by Rs 5 lakh crore while housing finance companies would get up to Rs 30,000 crore with a view to revive the real estate sector.

India's GDP growth plummeted to nearly five-year low of 5.8 per cent in January-March and it is widely believed that the growth might not have picked up in the first quarter of the current fiscal also.

The auto sector is facing the worst crisis in about 20 years and reports suggest job losses in thousands. In the real estate space, the number of unsold homes has increased while fast-moving consumer goods companies have reported a decline in volume growth and lending to job-creating MSMEs by banks has actually slipped.

Sitharaman said banks would be required to link lending rates to the Reserve Bank of India's benchmark rate in order to accelerate the transmission of the central bank's policy easing.

So far this year, RBI has cut interest rates by 110 basis points in four installments but banks have passed only a part of it to borrowers. Before the last reduction, earlier this month of 35 basis points, the bank on an average had passed only 29 basis points out of 75 basis points cut affected during 2019.

"Banks have again decided to launch repo rate or external benchmarking linked loan products. This will, therefore, result in reduced EMI for housing loans, vehicle and other retail loans by directly linking repo rate to the interest rates which means the moment reduction happens, it will directly benefit end customers," Sitharaman said.

She said the move would also lead to cheaper working capital loans for the industry.

SBI Chairman Rajnish Kumar said bank recapitalisation at one go would provide a big impetus to credit growth. The lender has already started benchmarking its loans to repo and now other banks are likely to follow suit, he added.

"The enhanced surcharge on FPI goes, in simple words," she said. "In other words, the pre-budget position is restored."

Since the announcement of enhanced surcharge on foreign portfolio investors, there has been a significant outflow of funds from the Indian stock market.

Giving relief to startups, Sitharaman said angel tax provisions would not be applicable on them and their investors.

For the auto sector, she doubled depreciation to 30 per cent and lifted the ban on government departments to buy new vehicles.

BS-IV vehicles purchased till March 31, 2020, before the country switches to lower-emitting BS-VI vehicles, would continue to be operational valid for till their registration period.

"Reforms is a continuous process and the momentum of reforms will continue," Sitharaman said.

The Finance Minister also assured the industry that tax authorities will not "overreach" in line with Prime Minister Narendra Modi's message of respecting wealth creators. Income tax notices and orders would be only issued through a centralised system to curb harassment.

Also, violation of Corporate Social Responsibility (CSR) obligations would not be treated as a criminal offence and only as a civil liability, the minister said. Industry players had raised concerns about penal provisions in the Companies Act, 2013 for non-compliance with CSR requirements.

Other measures announced to boost the economy include setting up of an entity for credit enhancement for infrastructure and housing projects, a task force to finalise the pipeline of infrastructure projects and simplification of Know Your Client (KYC) procedure to improve market access for foreign investors.

On revenue collection meeting Budget target, Sitharaman said the trends are showing comfortable level of collection. The government is confident of meeting the target set without any kind of over reach by tax authorities, she added.

The government has set fiscal deficit target of 3.3 per cent of the GDP for the current fiscal.