The move will also lead to cheaper working capital loans for industry. 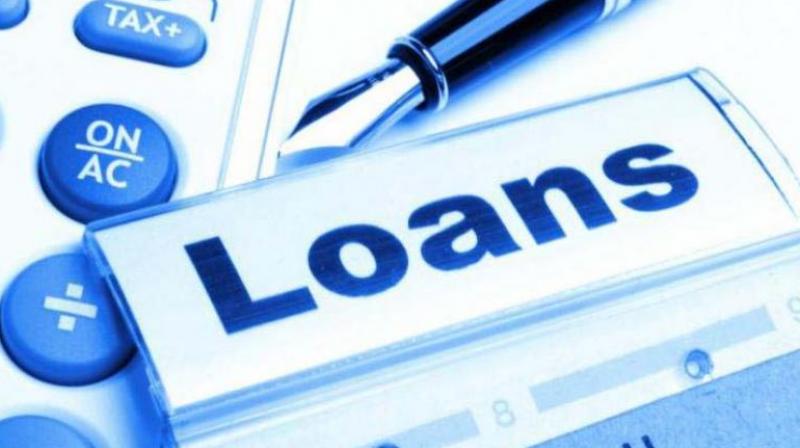 New Delhi: Home, auto and other loans are set to become cheaper as the government on Friday said the public sector banks will soon be lending at RBI's benchmark-linked rate and get an additional Rs 70,000-crore upfront capital infusion that will boost their lending capacity in the market by Rs 5 lakh crore.

Announcing measures to boost the economy, Finance Minister Nirmala Sitharaman said the banks would also pass on any change in the benchmark monetary policy rate announced by the Reserve Bank of India (RBI) immediately.

"Banks have again decided to launch repo rate or external benchmarking linked  loan products. This will therefore result in reduced EMI for housing loans, vehicle and other retail loans by directly linking repo rate to the interest rates which means the moment reduction happens, it will directly benefit end customers," Sitharaman said.

She said that the move will also lead to cheaper working capital loans for industry.

The fund infusion is expected to generate an additional lending and liquidity in the financial system to the tune of Rs 5 lakh crore, Sithraman said at a press conference.

"Upfront we are releasing the Rs 70,000 crore and additional lending and liquidity to the  tune of Rs 5 lakh crore can be made available by providing this upfront capital for the PSBs. This was announced in the budget, we are doing it upfront now. This will benefit all the corporates, retail borrowers, MSMEs and small traders as well. We are closely working on ways in which this flow will happen to the NBFCs," Sitharaman said.

"NBFCs are receiving liquidity from the banks, and NBFCs are also moving towards funding of people giving credits to people, example shall be out by late evening today. some of them will come for you all to double check that this has indeed started moving. therefore the NHB related increase in funding from Rs 20,000 crore to 30,000 crore is sure to make a difference," Sitharaman said.

The finance minister announced partial credit scheme for purchase of pooled assets of non-banking finance companies and HFCs up to Rs 1 lakh crore to be monitored at the highest level in each bank.

The minister said that NBFCs will be permitted to use the Aadhaar authenticated 'Know Your Customer' (KYC) by banks to avoid repeated processes.

"NBFC need not ask for one more time proving and repeating the process. This was a major demand from NBFCs. Aadhaar regulations have also been tweaked to this end," Sitharaman said.

The government has decided to make necessary changes in PMLA (Prevention of Money Laundering Act) rules and Aadhaar regulations to ease the lending process.

To reduce harassment of borrowers and bring in greater efficiency, public sector banks (PSBs) will ensure mandated return of loan documents within 15 days of loan closure.

"This will benefit borrowers who have mortgaged assets," Sitharaman said.

"Banks will issue improved transparent one-time settlement policy to benefit MSMEs. This is not theoretical. For OTS of loans, we are approaching it with check-box approach. If a client has complied with the requirements in a one-sheet of paper, use the check-box system and then settle for the OTS rather than say sometime else will have to take a call," Sitharaman said.

She said if the check-box approach is taken up by the MSMEs, there is no reason why somebody else should come and decide the matter.

"The banks can there and then decide and clear OTS which are due. Many of the NPAs or many of the bank accounts are waiting for banks to take call because nobody wants to take decision on OTS," Sitharaman said.

"In order to protect honest decision making, the CVC (Central Vigilance Commission) has issued direction that internal advisory committee in banks to classify cases as vigilance and non-vigilance. Decision by IAC and bank's CVC will be treated as final because that happens there and then decision taking risk will not be laden in the heads so we expect that  will protect  honest decision making in the banks," Sitharaman said.

The finance minister has announced to start process of online tracking of loan applications by borrowers like it is done for tracking of parcels.