Industry bodies exuded confidence that India will climb the rankings further to be among the top 50 nations. 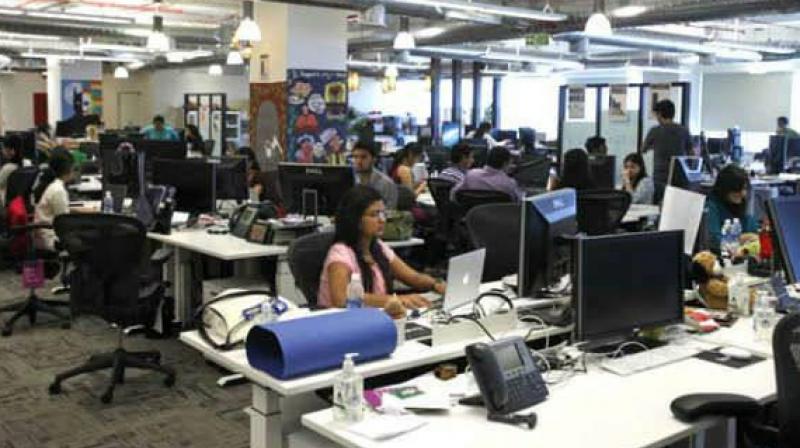 I am confident that this momentum of business reforms will be maintained and India will be among top 50 destinations as was envisioned by our PM, said CII Director General Chandrajit Banerjee. (Photo: Representational Image)

New Delhi: India Inc on Thursday cheered as the country jumped 14 places to the 63rd position on the World Bank's ease of doing business ranking, and said the performance was an indicator of the Narendra Modi-led government's reformist credentials.

Industry bodies exuded confidence that India will climb the rankings further to be among the top 50 nations on the World Bank's 'Doing Business' 2020 report, as envisioned by the Prime Minister.

He said the extraordinary jump in the ranking is an outcome of sustained and consistent multi-year business reforms, especially in the indicators of starting a business, dealing with construction permits, trading across borders and resolving insolvency, where the country has noted remarkable improvement.

"I am confident that this momentum of business reforms will be maintained and India will be among top 50 destinations as was envisioned by our PM," Banerjee said.

"Reformist credentials of the @narendramodiji's government has unlocked yet another milestone. From 142nd to 63rd place in the @WorldBank ranking in 2019 is a great achievement for a growing economy and it would boost opportunity for foreign trade #EaseOfDoingBusiness," Assocham Balkrishan Goenka tweeted.

Stating that improvement in the ranking is the true reflection of the diligent efforts, PHD Chamber of Commerce and Industry President D K Aggarwal said the government should focus on the reforms in land acquisition, implementation of fixed term employment in all the states and de-criminalisation of businesses as stringent labour laws are a major roadblock to enhance production possibility frontiers and employment generation in the economy.

India jumped 14 places to the 63rd position on the World Bank's ease of doing business ranking released on Thursday, riding high on the government's flagship 'Make in India' scheme and other reforms attracting foreign investment.

The country also figured among the the top 10 performers on the list for the third time in a row.

The rankings come at a time when the Reserve Bank of India (RBI), World Bank, International Monetary Fund (IMF) and various rating agencies have slashed the country's growth forecasts amid a slowdown in the global economy.

India was ranked 142nd among 190 nations when Prime Minister Narendra Modi took office in 2014. Four years of reform pushed up India's rank to 100th in World Bank's 'Doing Business' 2018 report. It was 130th in 2017 when it was ranked lower than Iran and Uganda. Last year, the country jumped 23 places to the 77th position on the back of reforms related to insolvency, taxation and other areas.

In its report, the World Bank commended the reform efforts undertaken by the country "given the size of India's economy".