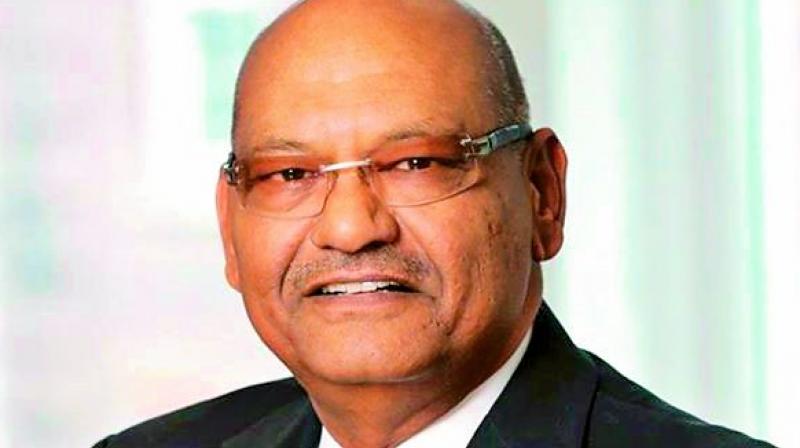 If we can double the oil production and raise gold output to 300 tonnes, the entire current account deficit (CAD) will be wiped out, said Anil Agarwal. (Photo: File)

New Delhi: Anil Agarwal, the scrap metal dealer turned billionaire metals tycoon, has told Prime Minister Narendra Modi that the Centre should privatise five mining firms including NMDC to save some of the USD 400 billion that India spends annually on imports, saying the government has no business to be in the business.

The Vedanta Resources chairman, who was one of the three industrialists invited for a pre-Budget meeting that Modi had with over 40 economists and sectoral experts on Saturday, also said privatisation without job loss can help boost the economy by bringing in efficiency and raising domestic output.

The other two corporate honchos invited to the interaction were Tata Group Chairman N Chandrasekaran, who gave recommendations on manufacturing and services sectors, and ITC Chairman Sanjiv Puri, who spoke on value addition in the economy.

"I was honoured to be part of the interaction organised by Niti Aayog on Saturday and in my humble submission I told the Prime Minister that the government has no business to be in the business. It should divest its stake in at least five PSUs such as Hindustan Zinc, Hindustan Copper, Kolar Gold, Uranium Corporation, Shipping Corporation of India and NMDC," he told PTI in an interview.

Privatisation without job loss is good, he said.

Vedanta had acquired 64.9 per cent government stake in Hindustan Zinc Ltd (HZL) during 2002-2003. The government continues to hold 29.5 per cent stake in HZL, which the company wants to buy.

Agarwal said India's import bill of USD 400 billion will soon be USD 1 trillion if it does not ramp up production of oil and gas, minerals and metals such as gold.

"If we can double the oil production and raise gold output to 300 tonnes, the entire current account deficit (CAD) will be wiped out," he said.

His other suggestions included giving autonomy to public sector companies and banks by bringing down government holding to 50 per cent and making them board-run just like Petronet LNG Ltd, the nation's biggest natural gas importer.

Mining in 200 blocks should be approved immediately and big blocks of coal, bauxite, copper and iron ore should be auctioned, he said, adding there should be no production cap such as ones existing in Goa and Karnataka on iron ore.

Increased mining can add USD 500 billion to the economy and create two crore jobs, he emphasised.

Existing oil block contracts should be extended on the same terms and no retrospective tax should be imposed. Also, all forest and environment clearances should come in 60 days and corporate tax should be reduced to 20 per cent from current 30 per cent, Agarwal said.

Agarwal, the founder and majority-owner of Vedanta Resources, said the government should make public sector companies and banks independent by making them board-run just like British Airways and GE.

"All PSUs and PSBs can perform three times better if autonomy is given to them," he said. "PSUs have huge potential and immense talent pool. But the executives are afraid to take decisions because of fear of inquiries. They should be empowered to take decisions."

Agarwal, whose journey from scrap metal dealer to metals tycoon started in 1979 when he bought a company, said the government should trust entrepreneurs and support their spirit to boost the economy and create jobs.

Characterised by rapid growth and bold deal-making, Agarwal is one of India's most prominent self-made industrialists with his group having interests in sectors ranging from iron ore and copper to oil and gas, with operations across Australia and Zambia, as well as his home country.

In the meeting on Saturday, experts shared their views, in five distinct groups, on the themes of macro-economy and employment, agriculture and water resources, exports, education, and health.

The meeting came in the backdrop of India's economic growth slowing to a five-year low on a dip in industrial and manufacturing output numbers, falling automobiles sales and reduced domestic oil consumption.

Agrarian crisis and unemployment are some other challenges that the government is widely expected to confront through policy initiatives in the Budget to be presented on July 5.