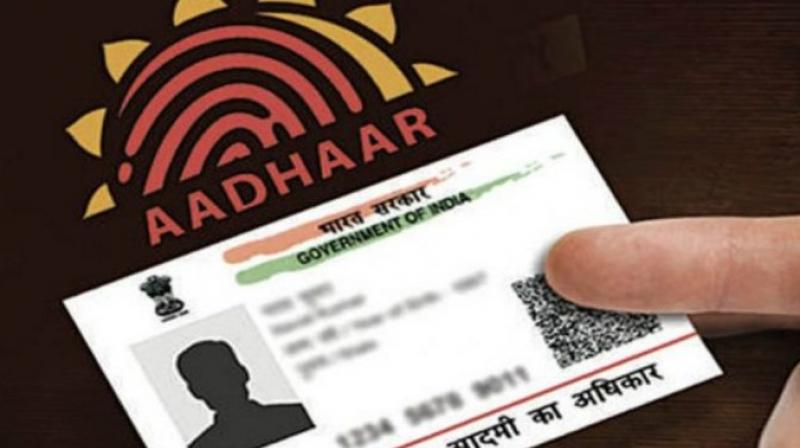 New Delhi: The Union Cabinet on Wednesday approved official changes to Aadhaar and Other Laws (Amendment) Bill 2019 that incorporates a clause to allow use of Aadhaar data for state schemes and subsidies.

The amendment to the Aadhaar Act entails use of India’s national biometric ID by states governments for their schemes that are funded through the ‘Consolid-ated Fund of the State’.

“The states had demanded (this). As per Supreme Court order, Aadhaar is allowed where the funds are going for beneficiary schemes coming straight from the central government. It will enable the use... the way subsidies to the central schemes are transferred from the central fund, Aadhaar can be used for transferring state subsidies,” information and broadcasting minister Prakash Javadekar told reporters while briefing about the Cabinet decisions.

Earlier this month, Parliament had approv-ed amendments to the Aadhaar and other laws to allow voluntary use of the 12-digit unique number as ID proof for obtaining mobile phone SIM cards and opening bank accounts.

A government official, who did not wish to be named, explained that since the particular clause was included after the Bill was introduced in Parliament, the Cabi-net nod is in the nature of a ‘post facto’ approval.

With the insertion, states can also use the Aadhaar database for better targeting of schemes.