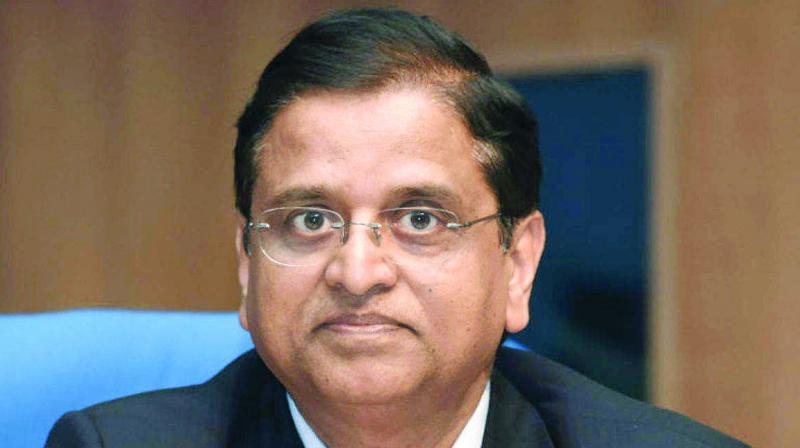 New Delhi: Outgoing Finance Secretary Subhash Chandra Garg, who was abruptly shifted out to the Power Ministry Wednesday night, has sought voluntary retirement from service and said October 31 will be his last day as a civil servant.

However, Garg said he would take charge in the Power Ministry on Friday as scheduled and serve his three-month notice period there.

“Handed over charge of Economic Affairs today. Learnt so much in the Finance Ministry and Economic Affairs Dept. Will take charge in Power Ministry tomorrow. Have also applied for Voluntary Retirement from the IAS with effect from 31st October,” Garg said in a tweet.

Garg was shifted out just a day after Parliamentary procedure for approval of Modi 2.0 government’s maiden budget for 2019-20 was completed.

Garg was replaced by Department of Investment and Public Asset Management (Dipam) Secretary Atanu Chakraborty in a major bureaucratic reshuffle on Wednesday.

Indicating the reason behind the surprise government move on Wednesday night, top government sources said, “There could be several factors behind his transfer to a lower profile ministry. One of the main reasons is his stance on the sovereign bond issue, which was expected in October. His strong stance in the battle with the RBI over appropriating its reserves and his dealing with the after-effects of the Budget 2019 on India’s financial markets could be some of the other reasons.”