I heard good things, positive thing, she said, and added that 'the message I got is that consumption is happening.' 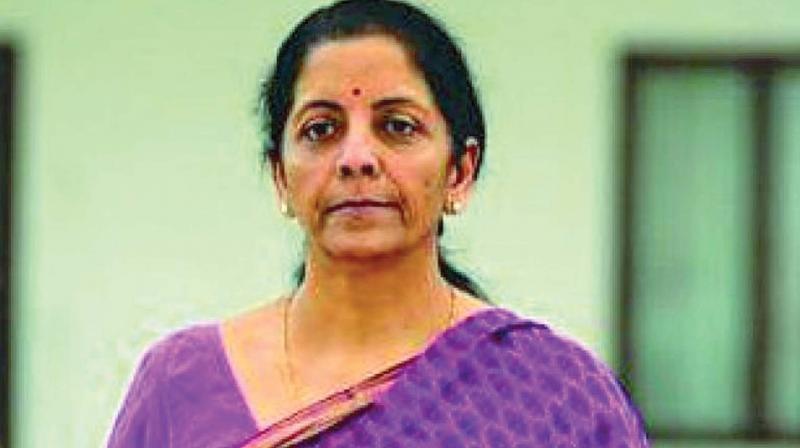 As regards slowdown in the passenger vehicle segment, Finance Minister Nirmala Sitharaman was told that it was driven by "sentiments" and will improve in near future. (Photo: File)

New Delhi: Finance Minister Nirmala Sitharaman on Thursday hoped the economy will start looking up in the second half of the current financial year as consumption rises and banks increase their lending operations.

Weeks after meeting public sector bankers, the finance minister met private sector lenders and financial institutions that, according to her, categorically stated they are not facing liquidity crisis. They also said there is enough demand for loans, she added.

"On the whole, it was a very tonic-like meeting where I heard good things, positive thing," she said, and added that "the message I got is that consumption is happening".

She indicated that economic slowdown seems to have bottomed out and the coming festive season will help the economy start looking up. The GDP growth in the first quarter of the current financial year slipped to an over six-year low of 5 per cent.

The minister further said the private sector banks and financial institutions told her that the slump in commercial vehicle sales is "cyclical" and likely to pick up in the next one or two quarters.

As regards slowdown in the passenger vehicle segment, she was told that it was driven by "sentiments" and will improve in near future.

Financial Services Secretary Rajiv Kumar said public sector banks will hold outreach programme in 400 districts across the country during the festival season with a view to enhance credit disbursal.

In the first phase between October 3 and 7, 250 districts will be covered.

Private sector banks have also been invited to join the outreach programme.

During the meeting, banks and non-banking financial companies (NBFCs) also suggested the limit for affordable housing eligibility should be raised to Rs 50 lakh from the current Rs 45 lakh.

Noted private banker Uday Kotak, who is attended the meeting, said private investment will respond to the reduction in corporate tax. He said most banks will follow external benchmark-based lending from October 1.