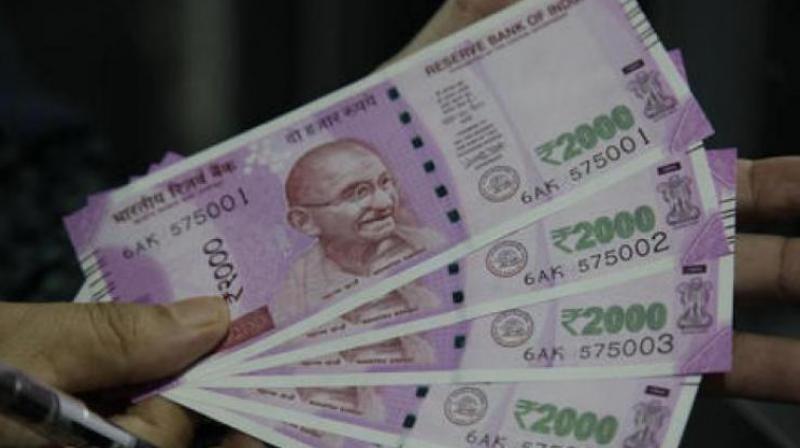 Public sector banks, which account for over 80 per cent of the NPAs in the system, alone could see gross NPAs climb down over 400 bps to approximately 10.6 per cent by March 2020, from a peak of 14.6 per cent in March 2018. (Photo: Representational)

Mumbai: Larger recoveries from existing deteriorating assets under IBC and acceleration in credit growth, contraction in new accumulations to NPAs should help reduce banks’ gross NPAs by 350 basis points to 8 per cent by March 2020, stated a report by Crisil on Tuesday.

Public sector banks, which account for over 80 per cent of the NPAs in the system, alone could see gross NPAs climb down over 400 bps to approximately 10.6 per cent by March 2020, from a peak of 14.6 per cent in March 2018, as per the ratings agency, reported the Financial Express.

“In fiscal 2019, write-offs, coupled with recoveries under IBC in key large stressed assets, played a critical role in the reduction of NPAs. Further, after a gap of six years, the pace of NPA reduction is estimated to have overtaken that of fresh slippages for the banking system in fiscal 2019. Private banks, which have had fewer asset quality issues, should also witness an improvement in portfolio performance,” said Krishnan Sitaraman, senior director, Crisil Ratings.

Meanwhile, the accumulation of new NPAs dropped to 3.7 per cent in FY 2019 from 7.4 per cent in FY18. Even while factoring in slippages from the stress witnessed in a few large corporate and financial sector companies new NPAs are projected to be lower at around 3.2 per cent this fiscal year.

Resolution of some large NPA accounts under the RBI’s NCLT-1 and NCLT-2 lists by the end of this fiscal and supportive trends in corporate credit quality at an aggregate level are the factors that the agency’s estimates bet on.

The report added that even if this credit ratio balances going ahead, steady domestic growth and benign interest rates would continue to support credit profiles in the corporate sector.

The agency noted that delinquencies have increased marginally in the retail sector. However, “the granular nature of these loans should ensure diversification and support against material deterioration going forward.”

Also, given the regulator’s position on restructuring of credit to small and medium enterprises (SME) till the end of FY2020, in general, NPA position of banks ought to proceed to witness an improving trend, Crisil noted.

“We believe the seasoning of retail loans and performance of SME loans post the restructuring period will shape the asset quality trends for the banking sector, especially PSBs, over the medium-to-long term,” said Vydianathan Ramaswamy, associate director, Crisil Ratings.