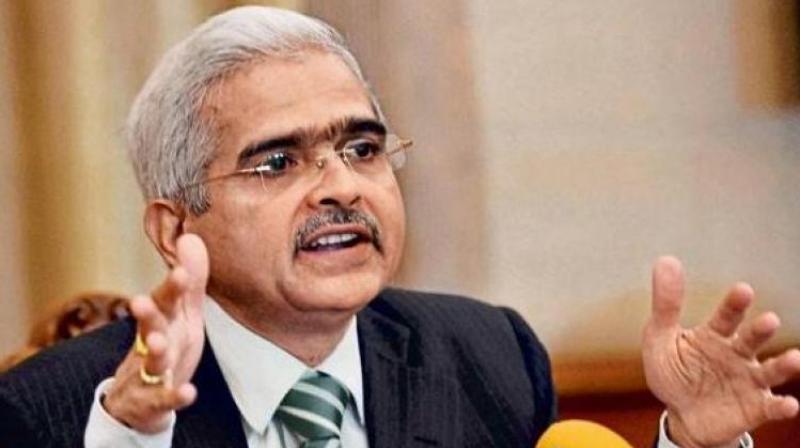 Mumbai: The Reserve Bank of India Governor Shaktikanta Das on Friday voiced his concerns about the US Treasury labelling its important trade partners as “currency manipulators” and called for greater understanding to the compulsions of emerging market economies in building up their own buffers. He said ensuring orderly exchange rates is the responsibility of the International Monetary Fund and not individual countries like the US and that currency manipulation charges by one nation against another reeks of bilateral hegemony.

“A question that crops up is why has labelling become a bilateral prerogative when a multilateral institutional architecture exists for the purpose,” asked Das.

He called for "collectively ensuring multilateral principles and frameworks for orderly exchange rates and payment arrangements are not superseded by bilateral hegemony.”

Das’s comments come at a time when the Donald Trump administration is considering expanding the number of countries it scrutinises for currency manipulation.

India, along with China, Japan, Germany, Switzerland and South Korea, was placed in the bi-annual currency watch list in October 2018 by the US Treasury, but was later removed from the watch list in May 2019. The currency manipulator tag has gained greater focus in the heat and dust of trade wars.

The US Treasury report, published twice a year (in May and October), warns of any unfair currency practices, and lists three criteria that define an unfair practice---(i) a bilateral trade surplus with the US of at least $ 20 billion; (ii) a material current account surplus of at least 2 per cent of GDP; and (iii) persistent one-sided net purchases in 6 out of 12 months adding to at least 2 per cent of an economy’s GDP over a 12-month period. A country is put on the monitoring list even if two out of the three criteria are met.

“I would like to point out that the origin of the phrase ‘currency manipulation’ itself is of recent vintage, dating to 2015, when the US Treasury started publishing a semi-annual report on the subject. In this backdrop, it has acquired a predominantly bilateral connotation,” said Das.

“The IMF undertakes consultations every year, undertakes in-depth assessment of members’ economic developments and policies, including and especially exchange rate policies. This is backed by rigorous technical evaluation through a suite of models. The Consultations report is published and any case of exchange rate misalignment and/or multiple currency practices is candidly brought to the notice of national authorities for correction. This is mandatory, as the Articles of Agreement constitute an international treaty; and in India, they are underpinned by parliamentary legislation in the form of the International Monetary Fund and Bank Act, 1945. Given this multilateral framework, the overlay of bilateral labelling that I talked about earlier raises questions, including on the role of the Fund itself,” said Das.