The RBI lowered its outlook for the fiscal year 2019-2020 at its August meeting. 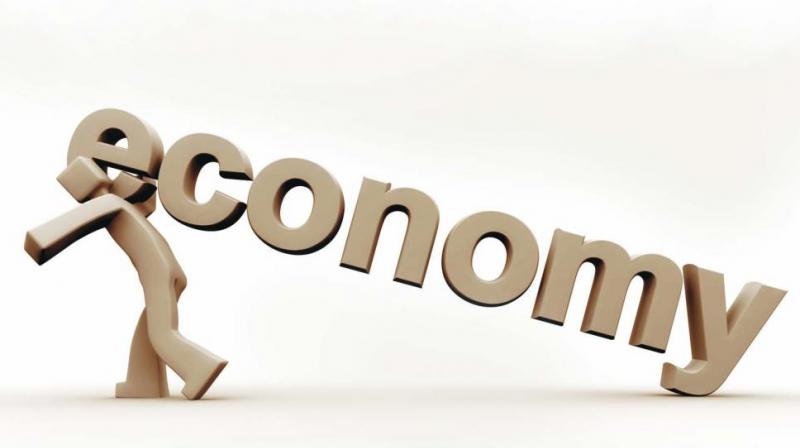 Central bank will likely ease its benchmark rate by 25 basis points again to 5.15 per cent at its October meeting.

Bengaluru: The Indian economy likely expanded at its slowest pace in more than five years in the April-June quarter, driven by weak investment growth and sluggish demand, according to economists polled by Reuters.

That would reinforce concerns seen in the minutes from the central bank’s August meeting, which showed policymakers were worried about weak growth and indicated further rate cuts in the next few months to boost the slowing economy.

The poll median showed the economy was expected to have grown at a year-on-year pace of 5.7 per cent in the June quarter, a touch slower than 5.8 per cent in the preceding three months. But a large minority about 40 per cent of nearly 65 economists expects an expansion of 5.6 per cent or lower.

The GDP data is due to be released at 1200 GMT on Friday.

If the forecast is realised, it would be the weakest start in the first three months of a fiscal year in seven years.

“The deceleration in growth that commenced in the second quarter of the fiscal year ending March 2019 is likely to have continued,” said Rini Sen, India economist at ANZ.

“A host of high frequency indicators - consumption and investment - have continued to weaken. The most prominent ones include auto sales, output of consumer durables, cement and steel production.”

Domestic passenger vehicle sales in July dived at the steepest pace in nearly two decades and declined for the ninth straight month in July, largely due to a liquidity crunch causing huge job cuts in the sector.

These measures, in addition to the risk of further escalation of the US and China trade war are weighing on demand and business confidence in India.

The median response to an extra question in the poll, which was taken August 21-26, showed the average growth rate for the current fiscal year 2019-2020 is likely to be 6.5 per cent despite a weak start. But it is a downgrade from 6.8 per cent predicted just last month and well below the RBI’s projection of 6.9 per cent.

The RBI lowered its outlook for the fiscal year 2019-2020 at its August meeting. It has cut a total of 110 basis points in the repo rate since February, which includes an unconventional cut of 35 basis points earlier this month to 5.40 per cent.

But with inflation not expected to rise anytime soon, the central bank will likely ease its benchmark rate by 25 basis points again to 5.15 per cent at its October meeting, followed by a 15 basis points cut in the first quarter of 2020, according to a separate Reuters poll.

Those cuts, in addition to a suite of recently announced fiscal measures, could provide some cushion for the economy in coming months.

“We believe that the measures announced by the finance minister will help to provide a fillip to credit growth, rate transmission and improving investor sentiment,” noted economists at Morgan Stanley.

“We continue to see a slow recovery in growth, as monetary measures will help but may not be sufficient to create a V-shaped recovery, especially in the context of slowing global growth.”