Overall trade performance was prime influencer for both contraction in CAD for March quarter as well as a widening for the full year. 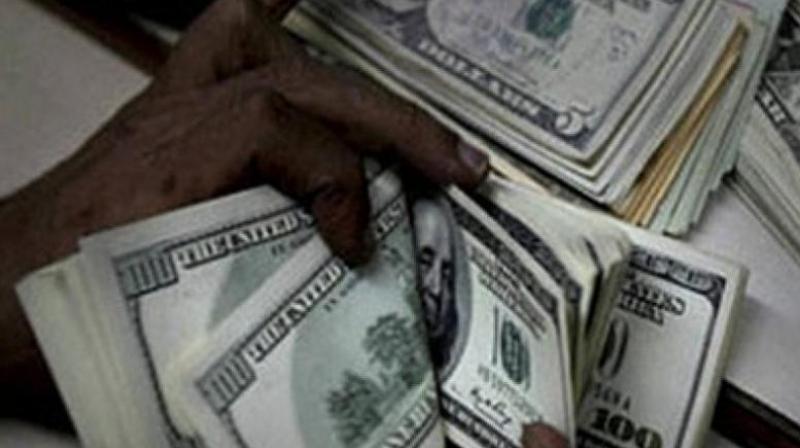 Mumbai: Current account deficit (CAD) increased to USD 57.2 billion or 2.1 per cent of GDP in FY19 as against 1.8 per cent in the previous year, the Reserve Bank said on Friday.

Overall trade performance was the prime influencer for both the contraction in CAD for the March quarter as well as a widening for the full year.

A lower trade deficit of USD 35.2 billion in the March quarter, compared to USD 41.6 billion in the year-ago period helped in CAD contraction, it said.

Similarly, an increase in trade deficit to USD 180.3 billion for the year as a whole as against USD 160 billion in the year-ago period led to the widening of the CAD in FY19, the central bank said.

Net services receipts increased 5.8 per cent to USD 21.3 billion on the back of a rise in net earnings from telecommunications, computer and information services during the March quarter.

Private transfer receipts, representing mainly the remittances by expat Indians, declined by 0.9 per cent to USD 17.9 billion in the March quarter, it said.

It can be noted that inflows from the diaspora have been increasing for many years now, making the country the biggest beneficiary of remittances globally.

The net foreign direct investment stood at USD 6.4 billion in March quarter, the same level as the year-ago period, and rose marginally to USD 30.7 billion for the year as a whole.

Foreign portfolio investment recorded net inflow of USD 9.4 billion in the March quarter versus USD 2.3 billion in the year-ago period on account of net purchases in both debt and equity markets, the RBI said.

However, for the entire year as a whole, net FPI flows dipped sharply to USD 2.4 billion as against USD 22.1 billion in the year-ago period.

The net inflows on account of external commercial borrowings jumped to USD 7.2 billion in the March quarter from USD 1 billion a year ago.

From a forex reserves perspective, there was a USD 3.3 billion depletion during the year, the central bank said.