Analysts and traders say this has been a major reason for foreign investors being net sellers from Indian equity markets. 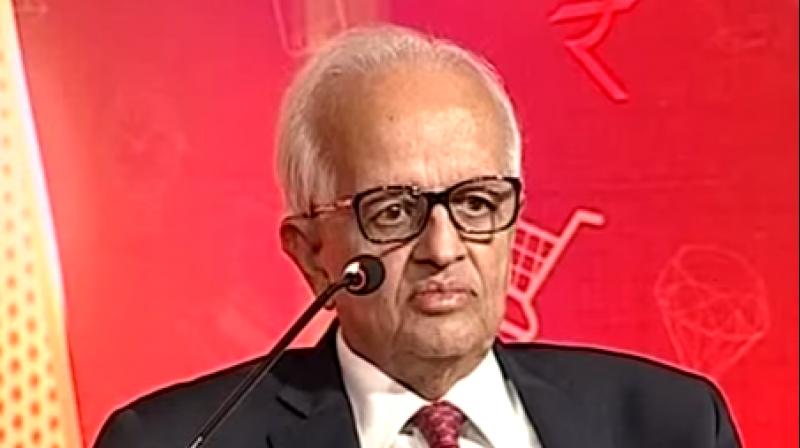 New Delhi: Former Reserve Bank of India (RBI) governor, Bimal Jalan, has warned that the higher income taxes the government introduced in its budget could lead to a flight of funds from the country.

“In theory if tax rates are very high, obviously people look for other countries, which have lower interest rates, and also exemptions from income tax,” said Jalan, 77, who is chairing a central bank panel deciding on how much of the RBI’s reserves should be transferred to the government.

Finance Minister Nirmala Sitharaman, in her budget this month, raised taxes on people earning more than 10 million rupees (USD 145,000) a year to at least 42.7 per cent. That included foreign portfolio investors registered as trusts.

Analysts and traders say this has been a major reason for foreign investors being net sellers of more than 30 billion rupees of funds from Indian equity markets in July, after they invested more than 100 billion rupees in June.

Indians with taxable income of more than 1 million rupees a year now pay 30 per cent of their earnings as income tax plus an additional 4 per cent on the amount of taxes paid.

“The incentive to borrow or invest domestically is certainly impacted by higher taxes. So investors may be sending money overseas, but hopefully it does not lead to round tripping,” Jalan told Reuters in an interview on Sunday, referring to funds exiting only to come back, and evading taxes along the way.

India is among the top 10 countries with the highest corporate tax rate, even after Sitharaman lowered it to 25 per cent from 30 per cent for those companies that have annual sales of less than 4 billion rupees.

Some economists say that high corporate taxes are one of the reasons for slack private investment that has dragged India’s economic growth to a five-year low.

On a much-debated plan to issue overseas sovereign bonds, Jalan said he thought it would be relatively risk-free, provided the government sold securities with 15 years and more to maturity.

“I don’t think foreign sovereign bonds make us more vulnerable. Our foreign exchange reserves are good, the current account deficit is low and inflation is low ... It has to be long-term borrowing and not short-term borrowing,” said Jalan, who was RBI governor between 1997-2003.

The proposal had been criticised by other former RBI governors Raghuram Rajan and Y Venugopal Reddy, and by some allies of the ruling Bharatiya Janata Party, who argue it could create long-term economic risks by exposing the government’s liabilities to currency fluctuations.