While PNB will become the second-largest PSB after SBI, Canara Bank will be 4th largest. 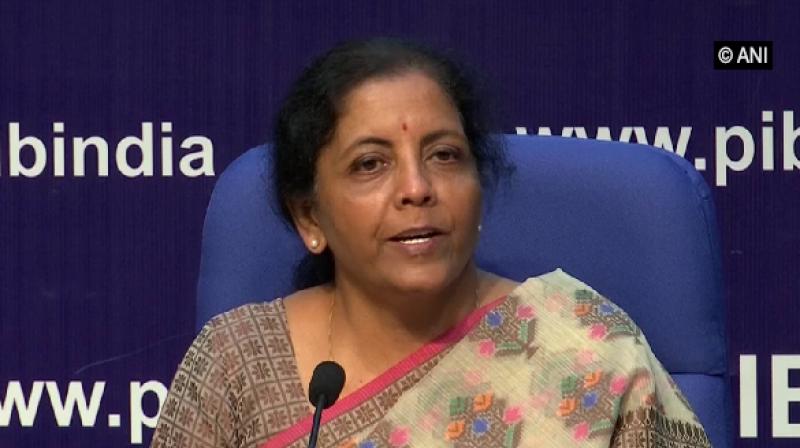 New Delhi: A day after flagging concern over the cyclical slowdown of the Indian economy by the central bank, the government on Friday, for the second time, announced a consolidation of the banking sector, mainly four mega-mergers of public sector banks (PSBs) to make them next-generation PSBs, and thereby repositioning them for a $5 trillion economy.

Last week, to halt the slowdown, the government had taken some proactive measures to boost the economy, including scrapping advance surcharges of both domestic and foreign portfolio investors, offering a booster dose to the banking sector and other measures too.

On banks, finance minister Nirmala Sitharaman had also said the Rs 70,000-crore capital infusion for PSBs for the current fiscal would be front-loaded.

The aim of the government is to make state-owned global -sized mega-banks, and it has brought down their total number from 27 in 2017 to 12 now.

Making her first announcements, Ms Sitharaman said the United Bank of India (UBI) and Oriental Bank of Commerce (OBC) would be merged with Punjab National Bank (PNB), making the proposed entity the second largest public sector bank in the country. “Syndicate Bank will be merged with Canara Bank, while Allahabad Bank will be amalgamated with Indian Bank. Similarly, Andhra Bank and Corporation Bank will be consolidated with the Union Bank of India,” she said.

As far as the consolidation move of PSU lenders is concerned, the finance ministry is leant to have met the chief executives of 10 state-run banks, which are seen as top contenders for merger, and consulted the Reserve Bank, the country’s banking regulator, in this regard earlier this year.

Ensuring adequate capital to PSBs, Ms Sitharaman said that now there would be only 12 state-run banks after the consolidation, instead of fragmented lending capacity with 27 PSBs in 2017. Even last week, the RBI had announced it would give the Centre Rs 1.76 lakh crores of its surplus reserves as dividend.

Comparing earlier Gross Non-Performing Assets, or GNPAs, with the present scenario, she said GNPAs had come down from Rs 8.65 lakh crores in December 2018 to Rs 7.90 lakh crores in March 2019. “Specialised agencies have been set up which are monitoring every loan which is over Rs 250 crores. Of the total 18 PSBs, six showed profitability in Q4FY19 and now 14 are profitable in Q1FY19,” she added.

Further ensuring healthy governance in the banking sector, she added: “All PSU banks will now have a non-executive chairman. Significantly, this post was earlier found only in the State Bank of India, which is India’s biggest bank now.”

“These merged banks will have to appoint a chief risk officer, or CRO, who will be provided market-level compensation. To ensure continuity, she added that longer terms would be given to directors on the management committees,” she added.

Asked about the loss of jobs in the banking sector after the consolidation, financial services secretary Rajiv Kumar said there was no retrenchment in past consolidations, including in SBI, and that the service conditions of employees had improved. “Employees will only benefit with the mergers,” he added.

Earlier this year, Dena Bank and Vijaya Bank were merged with Bank of Baroda (BoB). Prior to this, the government had merged five associate banks of SBI and Bharatiya Mahila Bank with SBI. “Indian Overseas Bank, UCO Bank, Bank of Maharashtra and Punjab and Sind Bank will function as earlier as they have a strong regional focus,” Ms Sitharaman added.

After subsuming Allahabad Bank, Indian Bank will be the seventh-largest state lender with a business size of Rs 8.08 lakh crores. State-owned BoB, after the merger with Vijaya Bank and Dena Bank, had become the country’s third largest bank with a business of Rs 16.13 lakh crores.