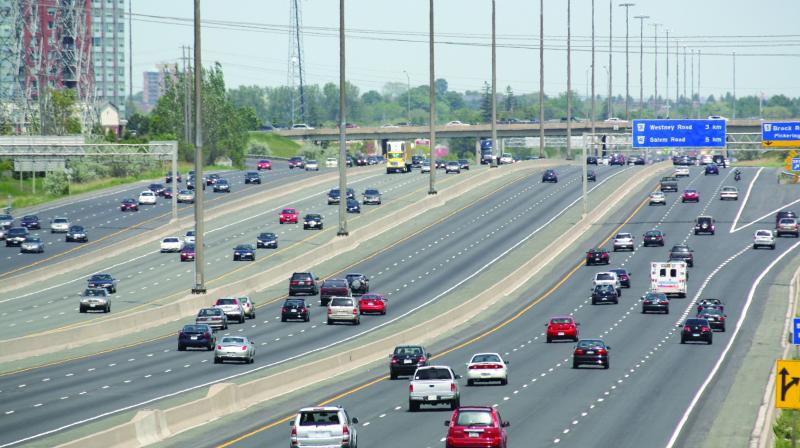 The decision is a reversal from Modi’s first term, when his administration was praised for its breakneck speed of highway construction that helped India to be one of the fastest-growing economies in the world.

India’s path to economic recovery faces another obstacle, with Prime Minister Narendra Modi asking the state road builder to stop constructing highways after its debt ballooned almost seven-fold over the past five years.

Modi’s office proposed that NHAI be transformed into a road-asset management company, according to the letter obtained by Bloomberg, and the PMO asked NHAI to reply within a week.

The decision is a reversal from Modi’s first term, when his administration was praised for its breakneck speed of highway construction that helped India to be one of the fastest-growing economies in the world.

However, this came with the burden of escalating costs, leaving NHAI increasingly depen-dent on the government for financial support at a time when Modi is looking to contain his budget deficit.

Restricting road-building risks imperiling Modi’s target to make India a $5 trillion economy as roads are necessary for socio-economic development, said Vikash Kumar Sharda, a Partner at Infranomics Consulting, who previously consulted for PWC India. “Road is critical infrastructure, and putting breaks on it will not only result in a slowdown of highway construction but also of other sectors that are dependent on it.”

There’s a strong correlation between economic growth and investments in infrastructure, with roads accounting for about 3.1 per cent of gross value added, Modi’s economic advisers said in a report this year.

Modi’s office now wants NHAI to revert to a model used by his predecessor, where NHAI would auction projects to developers. They’d construct the roads, collect toll from users and then would transfer ownership back to NHAI after an agreed period. Weak private sector participation pushed Modi to scrap this practice and he permitted NHAI to bear as much as 100 per cent of the costs in certain road projects that led to ballooning debt.

NHAI’s outstanding debt of Rs 1.8 lakh crore would entail annual interest servicing of about Rs 14,000 crore, higher than the Rs 100 billion NHAI collects as toll, according to analysts at SBICap Securities.

Land acquisition costs have also risen to more than Rs 2.5 crore per hectare from Rs 90 lakh after fair-price laws were introduced in 2013, and this alone accounts for more than 30 per cent of NHAI’s expenses, according to Icra Ratings.

The PMO didn’t reply to an email seeking comment and NHAI declined to comment. The letter contains only suggestions and top-rated NHAI is fully capable of raising enough debt to keep building roads, Nitin Gadkari, Modi’s minister for roads, has said.

Among the beneficiaries of this shift could be IRB Infrastructure Developers, which has traditionally focused on BOT projects where the operator collects a toll from road users.

“The decision to switch back to BOT-toll is much needed given the fiscal constraints,” IRB Infrastructure Chairman Virendra Mhaiskar said. “In the present dispensation, given the land acquisition cost, restricting to BOT only for a year or two may be a wise idea.”