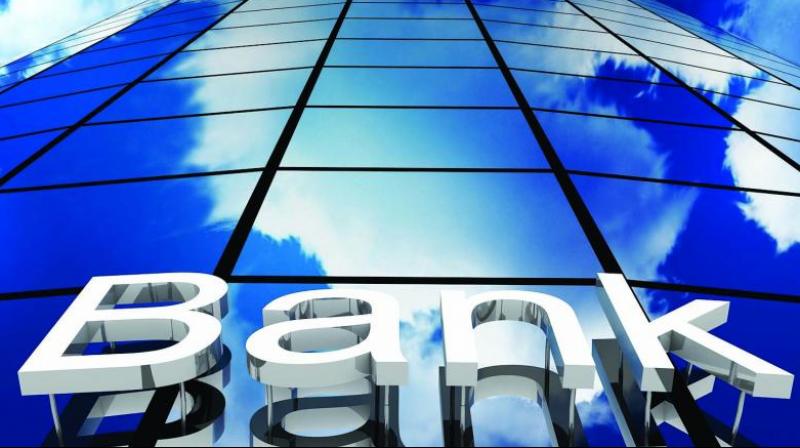 The government announced four major mergers of public sector banks, bringing down their total number to 12 from 27 in 2017, a move aimed at making state-owned lenders global sized banks.

New Delhi: The government's move to consolidate public sector banks indicates its resolve to address the slowdown in GDP growth, as the country's economy expanded at its weakest pace in over six years in the April-June quarter of 2019-20, industry said on Friday.

A sharp deceleration in manufacturing output and subdued farm sector activity pulled down India's gross domestic product (GDP) growth to 5 per cent in the April-June quarter.

The gross value added (GVA) growth in the manufacturing sector tumbled to 0.6 per cent in the first quarter of this fiscal from 12.1 per cent expansion a year ago.

"Well this certainly ruined my Friday & will dampen the weekend. A lot of work to be done. But I remain steadfastly optimistic. Was pleased to see the bank consolidation announced by @nsitharaman. A 'reform a week' is just the kind of tonic we need...," Mahindra Group Chairman Anand Mahindra tweeted.

Now, with the government and the Reserve Bank having common prescription, the economy should bottom out soon and things should improve in the coming quarters, Assocham President B K Goenka said.

The government announced four major mergers of public sector banks, bringing down their total number to 12 from 27 in 2017, a move aimed at making state-owned lenders global sized banks.

Commenting on the consolidation exercise, Ficci President Sandip Somany said the decision reflects the government's commitment to provide the country the financial base on which we can grow and move towards the USD 5 trillion mark.

Goenka said these mergers would result in better banking to customers, more credit to the industry and agriculture, professional governance structure and a greater autonomy and accountability of the bank boards.

"The pace of expansion of GDP and GVA in Q1 FY2020 was resoundingly lower than forecast, driven by a collapse in manufacturing GVA growth, even as the performance of most of the other sectors was largely along expected lines," Aditi Nayar Principal Economist ICRA Ltd said.

Ranen Banerjee, Leader- Public Finance and Economics, PwC India said while the situation may not be as bad given the headwinds the economy is facing, this will further dent sentiment and put downward pressure on consumption.

Commenting on the consolidation of banks, automotive industry body SIAM's President Rajan Wadhera said such announcements will have a positive impact on the economy, consumer sentiments and in turn, benefit the auto industry.

Deloitte India Partner Sanjoy Datta termed it a very positive move, however, adding that the key to success would be to ensure rigour in execution of the mergers with specific emphasis on technology systems and human assets.

Bank consolidation is a good move from government towards improving efficiency of the PSBs, Prakash Agarwal, Head-Financial Institutions, India Ratings and Research said.

Commenting on the GDP numbers, CII President Vikram Kirloskar said the moderation in the growth print was not completely unexpected but at the same time does reinforce the concerns that industry has about entering a phase of slowdown.

While not at variance with global growth trends, CII hopes that India should buck the trend with appropriate interventions from the government, he said

"As a very receptive government, we have seen prompt action in terms of the first tranche of the stimulus being announced on 23 August and significant measures on bank consolidation being announced today. CII is expecting that the Finance Minister would soon follow this up with the next tranches of stimulus measures, which would help the economy turnaround," said the CII president.

He further said that despite the lower GDP print, it is heartening to note that agriculture growth moved to the positive territory of 2 per cent in the first quarter after recording negative growth in the previous quarter.